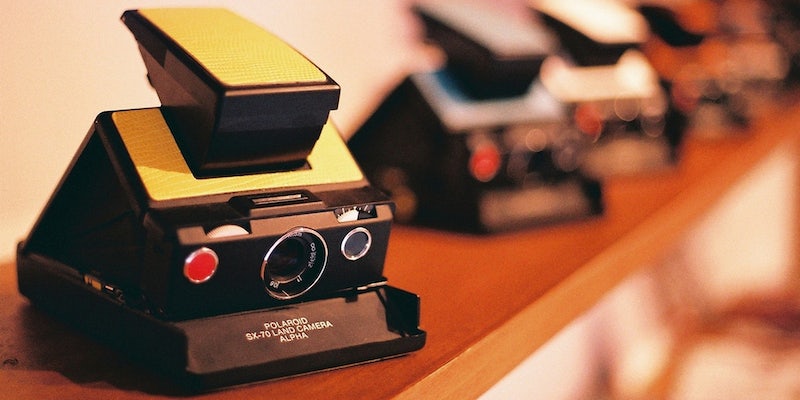 Polaroid remains committed to the instant photos that made it famous.

Polaroid seems to be getting stranger by the day. The once king of instant photos died a slow death at the hands of the digital photography revolution, but it has since been resurrected. Polaroid’s latest creation is a strange mix of obsolescence and futurism: an instant camera that prints physical photos, but does so without using a single drop of ink. 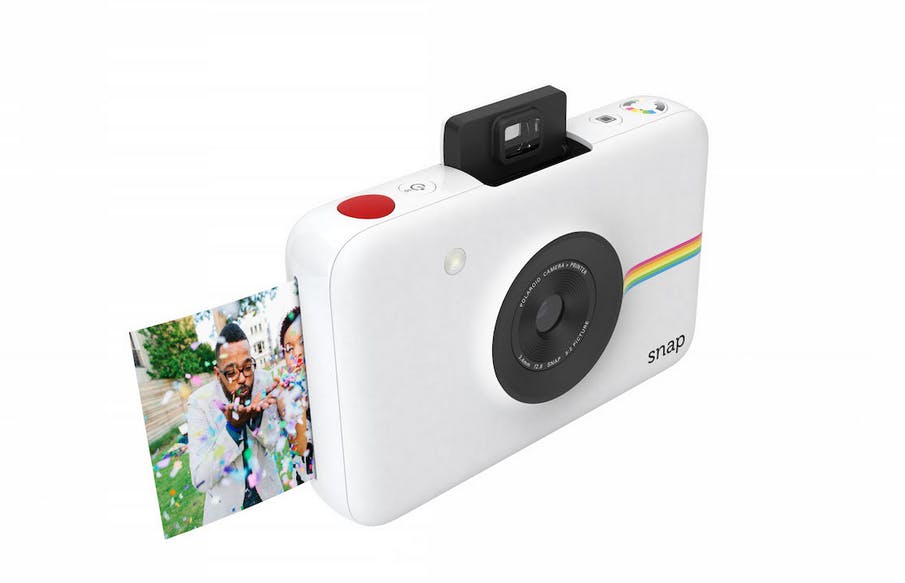 The Polaroid Snap is a slim white rectangle with rounded edges, like something you’d see in an 80s sci-fi movie where the vision of the future is curvy and milky white. It captures photos at 10 megapixels, saves a digital version to your SD card, and then prints out a 3-inch by 2-inch paper version on its fancy “ZINK” zero-ink photo paper.

ZINK paper is actually a multi-layer material comprised of colored dye crystals stacked on top of a base layer. The transparent crystals are invisible at first, but colorful once activated. When you snap a photo, the printer heats the crystals to render the image without using ink. The resulting photos are smudge proof, water resistant, and also won’t tear easily, which makes the camera a solid bet for kids.

The Snap is like a somewhat watered down version of Polaroid’s Z2300 instant digital camera, doing away with the video recording and LCD screen and focusing instead on rekindling the photo printing magic that the company became famous for.