The woman who tripped refugees in Hungary plans to sue man she tripped, Facebook

Petra László previously told reporters that she acted out of fear.

A Hungarian camerawomen who was fired last month after she was filmed tripping and kicking refugees plans to sue Facebook and one of the refugees she tripped.

Petra László, formerly of the Hungarian news company N1TV, was captured on film kicking several children and tripping an older man carrying a small child at a refugee camp near the town of Roszke, Hungary. László was subsequently charged with breach of the peace, though prosecutors said they were investigating whether more serious charges were warranted.

László now says she plans to sue Facebook for allegedly ignoring groups that were threatening her while deleting others that supported her actions.

László also says she plans to sue Osama Abdul Mohsen, one of the refugees she was filmed tripping. After the incident, Mohsen was revealed to be the former coach of Al-Fotuwa SC, a popular Syrian football club.

“[Mohsen] changed his testimony, because he initially blamed the police,” Laszlo told the Russian newspaper Izvestia. “My husband wants to prove my innocence. For him, it is now a matter of honor.”

Last month, László admitted to attacking the refugees out of fear, in a letter to the right-wing newspaper Magyar Nemzet. 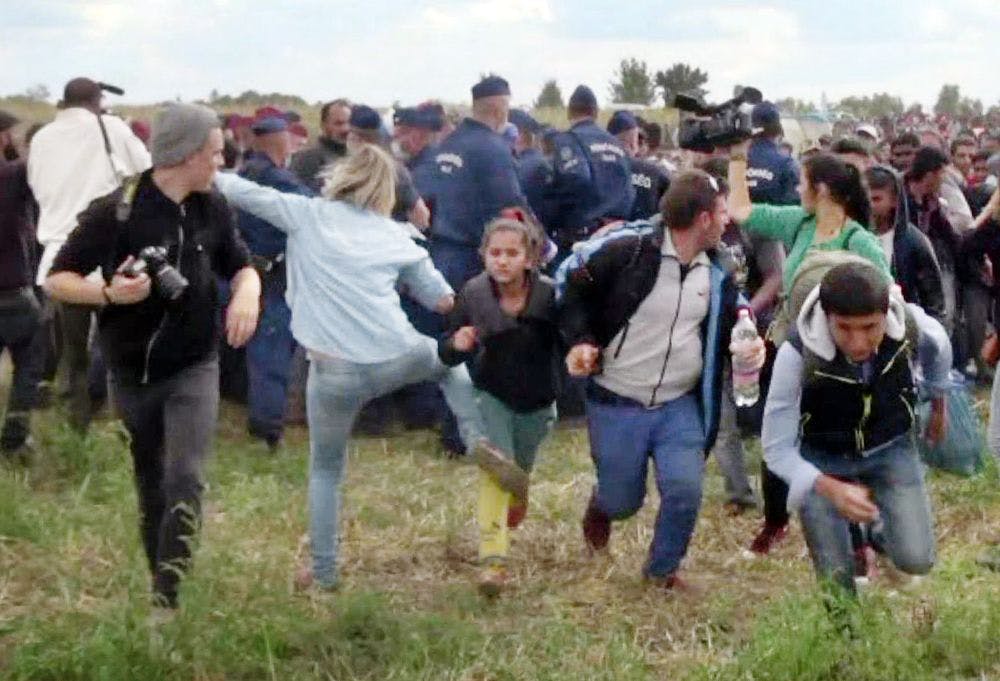 “The camera was shooting, hundreds of migrants broke through the police cordon, one of them rushed to me and I was scared,” she wrote. “Then something snapped in me … I just thought that I was attacked and I have to protect myself. It’s hard to make good decisions at a time when people are in a panic.”