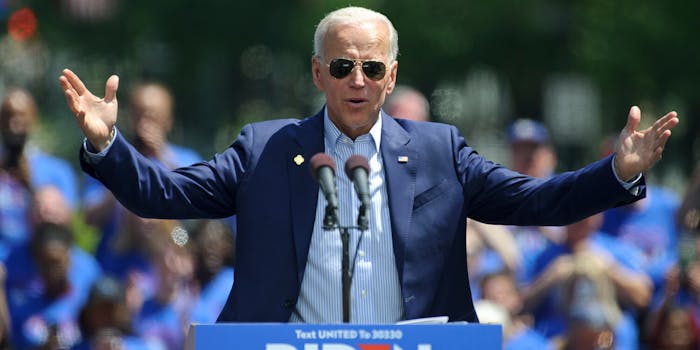 They are using some serious throwbacks.

The campaign targets Michigan, Pennsylvania and Wisconsin, three battleground states that helped carry Trump into the White House in 2016.

American Bridge is calling up some old internet favorites to spread its message that Trump mishandled the pandemic and that his mistakes cost American lives and livelihoods.

Its meme war will focus on local newspapers’ websites and Facebook. American Bridge told the HuffPost that it’s noticed people are spending more time on such sites during the pandemic.

American Bridge describes itself as “the largest research, video tracking, and rapid response organization in Democratic politics.” The PAC makes no bones about the fact that it targets Republicans.

The campaign includes at least one traditional ad attacking Trump for playing golf and holding rallies numerous times after being briefed about coronavirus, and for repeatedly downplaying the threat.

Some on Twitter criticized its memes for not being exactly fresh—the Drake meme is one, the boyfriend looking back at a girl another.

“In this type of medium, imitation is the sincerest form of flattery,” the PAC’s president Bradley Beychok told HuffPost. “The goal is engagement, not pride of authorship.”