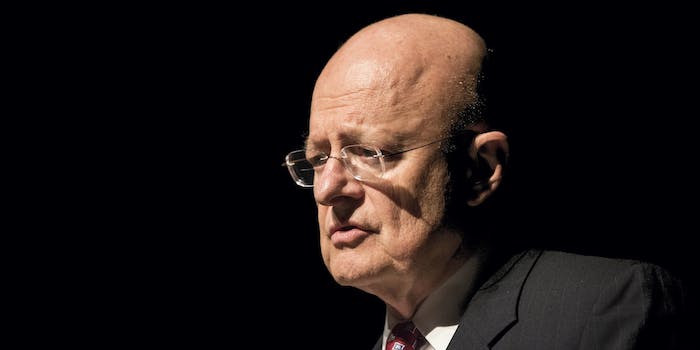 The ODNI report will be released in 'the coming weeks.'

Americans are about to find out how often foreign governments tamper with U.S. elections—but it won’t come soon enough to affect Donald Trump‘s Electoral College victory.

The Office of the Department of National Intelligence announced on Thursday that it will publicly release a report on all known incidents of foreign government attempting to interfere with U.S. elections between 2008 and 2016.

“Last week, the president ordered a full Intelligence Community review of foreign efforts to influence recent presidential elections—from 2008 to present,” ODNI wrote. “Once the review is complete in the coming weeks, the Intelligence Community stands ready to brief Congress—and will make those findings available to the public consistent with protecting intelligence sources and methods.”

ODNI’s announcement follows reports that, according to alleged CIA findings, Russia‘s government intentionally hacked Democratic Party organizations and nominee Hillary Clinton‘s campaign chairman, John Podesta, with the goal of swaying American voters to Trump. Tens of thousands of emails and other documents were published online, including more than 50,000 emails stolen from Podesta and published by WikiLeaks.

President Barack Obama ordered an investigation into Russia’s alleged cyberattacks, and the Senate is readying its own investigation.

The reports of Russia’s alleged interference sparked an effort backed by more than 50 Democratic electors to receive intelligence briefings on any investigations into Trump’s ties to Russia before the Electoral College officially certifies Trump’s election victory on Dec. 19.

Trump and his transition team have blasted media reports on the alleged Russian hacks, which are based on anonymous sources, as false.

Three anonymous ODNI sources told Reuters this week that they do not believe CIA investigators can know whether Russia purposefully tried to steer the election in Trump’s favor.

“ODNI is not arguing that the agency (CIA) is wrong, only that they can’t prove intent,” said one of the three U.S. officials. “Of course they can’t, absent agents in on the decision-making in Moscow.”

The CIA’s assessment of Russia’s intent was, according to one source, based on the fact that Moscow-directed hackers also allegedly hacked the Republican National Committee but did not release any of the RNC’s documents or emails. The FBI has also questioned the CIA’s reported assessment that Russia acted with the intention of helping Trump.