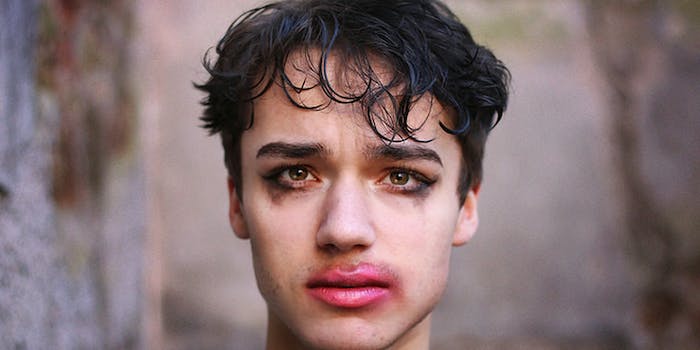 Hopefully this leads to progress.

The White House has called for a ban on controversial “gay conversion” therapies in response to a petition circulated in memory of a transgender girl who took her own life after enduring the process.

Leelah Alcorn was 17 when she took her life near Cincinnati, Ohio. A week after her death, the White House’s website received a petition to support a law that would ban the process of conversion therapy, which is strongly opposed by most major medical associations, including the American Psychological Association.

The petition, which received more than 120,000 signatures, read:

Leelah explained how her parents had forced her to attend conversion therapy, pulled her out of school and isolated her in an attempt to change her gender identity. ‘Conversion therapies’ have been documented to cause great harms and in this case, Leelah’s death. Therapists that engage in the attempt to brainwash or reverse any child’s gender identity or sexual orientation are seriously unethical and legislation is needed to end such practices that are resulting in LGBTQ+ deaths.

The White House responded on Wednesday with a message from senior adviser Valerie Jarrett, who said that President Obama wanted states to ban gay conversion therapy.

We fully support efforts to ban the use of conversion therapy for minors-it's neither ethically/medically appropriate http://t.co/R7IV528kDW

“As part of our dedication to protecting America’s youth,” Jarrett wrote, “this Administration supports efforts to ban the use of conversion therapy for minors.”

Jarrett told the New York Times on Wednesday that Obama had been touched by Alcorn’s story.

“It was tragic, but I will tell you, unfortunately she has a lot of company,” Jarrett told the paper. “It’s not the story of one young person. It is the story of countless young people who have been subjected to this.”

The Times reported that Obama would not call for a federal law to end the therapy. In the petition response, Jarrett essentially observed that a federal law was unlikely because it would require Congress to get its act together.

So far, two states (California and New Jersey), along with Washington, D.C., have banned conversion therapy for minors. In the past year, similar legislation has been introduced in 18 other states.

As the Daily Dot’s Miri Mogilevsky wrote in January on the subject of gay conversion therapies, “This is not mental healthcare. This is abuse.”

Jarrett, in her response to the petition, summed up the administration’s position with an emphatic reference to equality.

“This Administration,” she wrote, “believes that young people should be valued for who they are, no matter what they look like, where they’re from, the gender with which they identify, or who they love.”