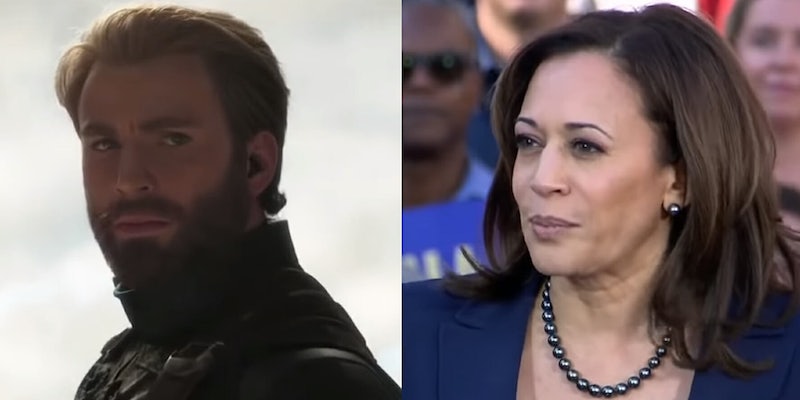 The 2020 hopeful urges the Senate's support.

Sen. Kamala Harris (D-Calif.) used Avengers: Infinity War as a way to illustrate a point about net neutrality and urge her Senate colleagues to vote for the Save the Internet Act on Thursday.

Harris’s tweet comes the day after the Save the Internet Act, which would undo the Federal Communications Commission’s (FCC) repeal and restore the 2015 Open Internet order, passed in the House of Representatives by a 232 to 190 margin.

The passage in the House leaves the future of the bill in the hands of the Senate, where its prospects are unclear.

Senate Majority Leader Mitch McConnell (R-Ky.) has called the net neutrality bill “dead on arrival” in the Senate, however, internet rights advocates have vowed to push for support among lawmakers to try and pressure a vote.

Harris, a Democratic 2020 hopeful, seemed to join in the urging for a vote by using an example of what could happen without net neutrality rules: internet service providers manipulating traffic for their own benefit.

“Imagine your cable company making it impossible to stream Avengers: Infinity War on Netflix in an attempt to force you to use their own service. No, thank you. The Senate needs to restore net neutrality now,” she wrote on Twitter.

Imagine your cable company making it impossible to stream Avengers: Infinity War on Netflix in an attempt to force you to use their own service. No, thank you. The Senate needs to restore net neutrality now. https://t.co/dNtQ9w1hC5

It’s worth noting that Avengers: Infinity War will be leaving Netflix and will be streamed on Disney’s own service, but any major show on a streaming service would likely have made her point.

This isn’t the first time Harris has pushed for the Save the Internet Act or been vocal in her support for net neutrality. Late last month she urged support for the bill as it was making its way through the House.

A number of people online appreciated the Avengers-net neutrality example.

On Wednesday Sen. Amy Klobuchar (D-Minn.), a fellow 2020 hopeful, also called attention to the bill, saying that McConnell’s insistence that it was “dead on arrival” in the Senate was “one more reason we have to win in 2020.”

The Save the Internet Act will face steeper odds of passing the Senate than it did in the House. With a Republican majority, Democrats will have to peel off votes for it to pass.