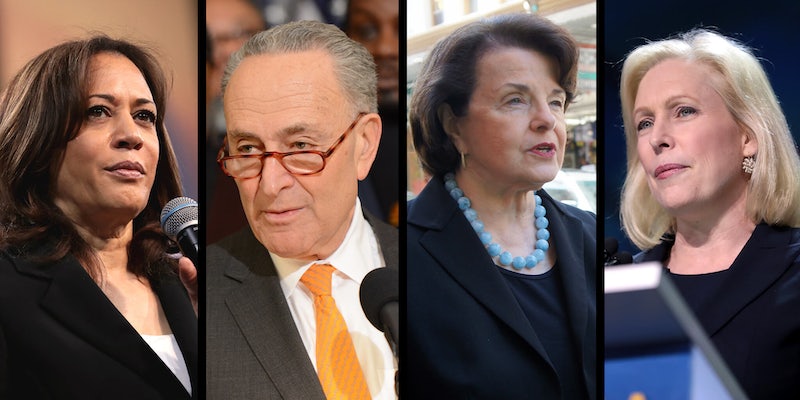 The senators asked the FCC to reconsider its decision not to grant an extension for public comments.

A group of Democratic senators from New York and California urged the Federal Communications Commission (FCC) to reverse its denial of a request from first responders to extend the comment period on a portion of the agency’s net neutrality repeal.

Sen. Kamala Harris (D-Calif.), Senate Minority Leader Chuck Schumer (D-N.Y.), Sen. Kirsten Gillibrand (D-N.Y.), and Sen. Diane Feinstein (D-Calif.) sent a letter to the FCC after the agency rejected a plea from first responders and cities in their states to extend their time to comment on a portion of the net neutrality repeal regarding public safety.

The first responders and cities cited the coronavirus pandemic as the reason they wanted more time to comment.

Last year, a federal court largely upheld the FCC’s repeal but remanded portions of it, which included telling the agency to seek public comments as part of an examination on how the repeal would affect public safety.

As the coronavirus pandemic spread in the U.S., first responders asked for an extension in March, which the FCC granted.

Their second request for an extension was denied by the FCC’s Wireline Competition Bureau, saying the groups did not show how the pandemic “affected their ability to file a timely motion for extension of time.”

The decision by the FCC was swiftly met with criticism.

In their letter, the four senators urged the FCC to grant the extension and asked for a response this week.

“The comments that these localities’ public safety personnel have to offer are critical to the refreshed record that the Commission is seeking in these proceedings,” the senators wrote. “The Commission should not be sending the signal that these cities need to choose between participating in this comment period and responding to this public health crisis.”