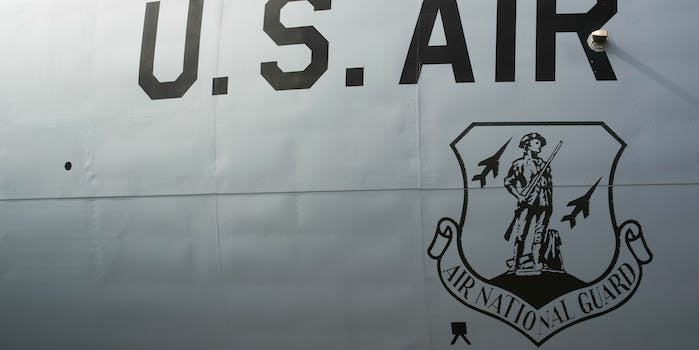 The National Guard outfitted surveillance aircraft with controversial technology designed to spy on smartphones, storing phone numbers, locations, photos, phone numbers dialed, and even recording and eavesdropping on calls, according to a report from the Texas Observer.

The “portable receiver systems” installed on the planes, dubbed “dirt boxes” after DRT, the company that makes them, act like miniature cell towers that trick a smartphone into connecting to its service. The boxes, also called cell-site simulators but better known as stingrays, can connect to any cellular device within a one-third mile area without its owners or network operators knowledge. Once a link is established, the device is able to gather data traveling from the phone.

A $373,000 contract between DRT and the National Guard states the dirt boxes are to be used for “investigative case analytical support” in counternarcotics operations. In other words, they’re meant to stop drug trafficking.

It’s not clear if the National Guard obtained the required probable cause warrant to use the devices. The Observer said the National Guard “refused to explain” what steps it took to gain legal approval, “The Texas National Guard’s role along the border has always been to serve as a force multiplier and to deter and refer. Our current supporting roles do not include arrest or law enforcement authorizations.”

Privacy groups have hit out at the use of stingray devices. Some fear that since they can fool all smartphones, the government will inevitably pick up data from innocent phone users.  The Electronics Frontier Foundation considers stingrays the “biggest technological threat to cell phone privacy.” What’s worse is that stingray devices have become much more capable, “The old-style Stingrays were not able to capture content,” Austin attorney Scott Mccullough told the Observer. “Guess what? The DRT box is… These newer ones get everything.”

Mccullough says if the Texas National Guard is using the devices without a warrant, innocent people affected could have grounds to file suit against the government.