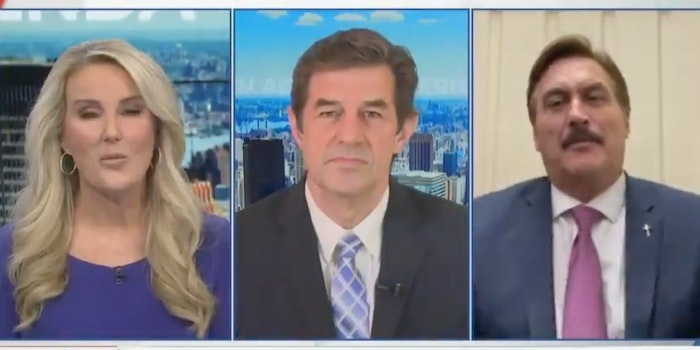 My Pillow CEO has meltdown during Newsmax interview, prompting frustrated anchor to storm off

An anchor with the right-wing network Newsmax stormed off set on Tuesday after an interview with My Pillow CEO Mike Lindell descended into chaos.