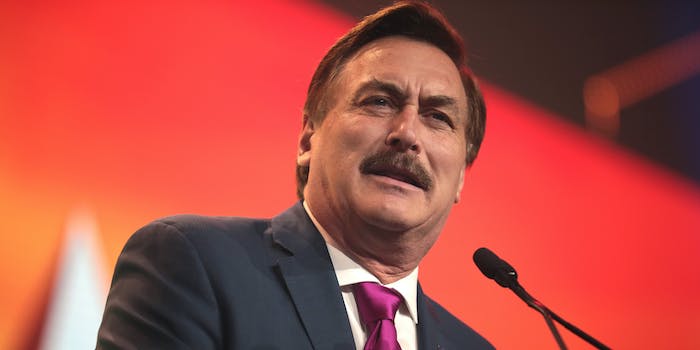 Mike Lindell, the My Pillow CEO and staunch supporter of former President Donald Trump, has been permanently banned from Twitter, a company spokesperson confirmed.

Lindell’s Twitter ban is a fitting endnote to the disgraced businessman’s terrible, horrible, no good, very bad month. Last week, Lindell threw an on-air tantrum after learning that several major retailers including Bed, Bath & Beyond and Kohl’s would no longer stock his product due to his support of the Capitol riot. Lindell blamed the My Pillow blacklisting on the “evil, crazy, left deep state” and, of course, communism.

Lindell now joins his ride-or-die Trump in Twitter exile. The former president had his account permanently suspended on Jan. 8 “due to the risk of further incitement of violence.”