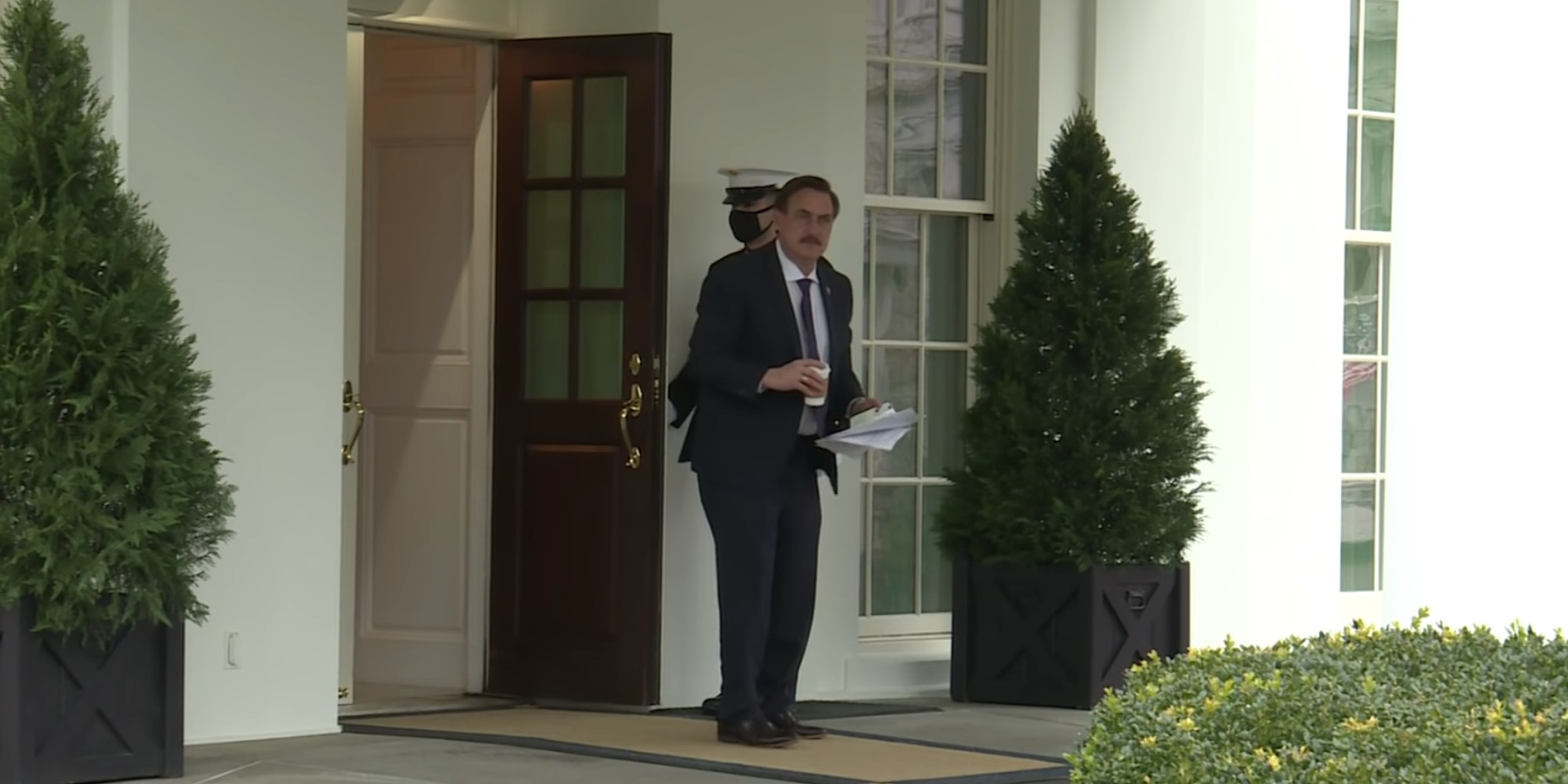 Despite last week's violence, Trump supporters continue to push for a government overthrow.

Pillow salesman Michael Lindell inadvertently exposed his efforts to get President Donald Trump to declare “martial law if necessary” just moments before a meeting at the White House on Friday.

Lindell, a rampant conspiracy theorist and CEO of My Pillow, was photographed carrying several pages of notes while waiting outside the West Wing.

Captured by Jabin Botsford, a photographer with the Washington Post, the notes were found to include numerous references to debunked conspiracies regarding the outcome of the 2020 presidential election.

Aside from references to attorney Sidney Powell, the conspiracy theorist who attempted to overturn the election with a series of failed lawsuits, the notes also call on the president to implement “martial law if necessary.”

“Insurrection Act now as a result of the assault on the… martial law if necessary upon the first hint of any…,” sections of the notes read.

The notes also seem to argue that Trump should blame “China/Iran” after a sentence discussing “foreign interference in the election.” Lindell also appears to call for Trump loyalist Kash Patel to lead the CIA while another section demands that “Frank Colon,” an attorney out of Fort Meade, be promoted to the head of National Security.

Conspiracy theorists online have repeatedly called on the president to institute martial law over the false belief that the election was systemically stolen.

Those conspiracy theories came to a head last week when Trump supporters stormed the Capitol in an attempt to stop Congress from certifying the election results. Five people died as a result.

The Capitol rioters are also believed to have been attempting to assassinate Vice President Mike Pence for failing to invalidate the election, despite never having the authority to do so.

The fact that so many Trump loyalists, including Lindell, continue to push for a military coup following last week’s violence is unsettling, to say the least.

Lindell has since denied that his notes referenced martial law in comments to New York Times writer Maggie Haberman. An administration official told Haberman that the notes did.

Thankfully, Trump is reported to have been largely uninterested in Lindell’s conspiratorial ramblings, much to the chagrin of the pillow salesman.

Despite President-elect Joe Biden’s inauguration taking place on Wednesday, hardcore conspiracy theorists like Lindell have yet to accept the reality.

Federal law enforcement has warned that some Trump supporters are planning to carry out further violence on Jan. 20. The nation’s capital has been flooded with National Guard troops as a result.