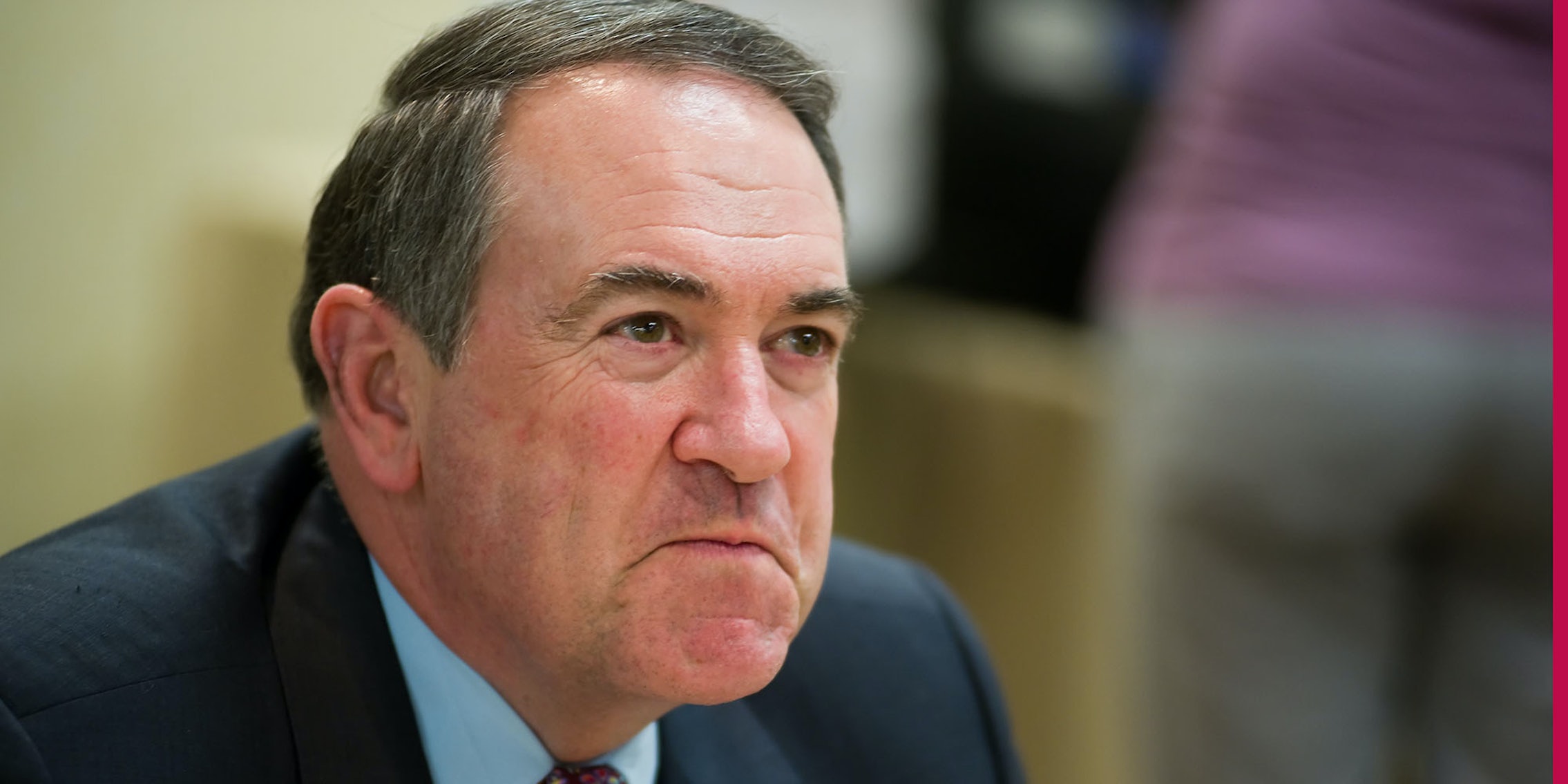 The ratio is strong with this one.

Former Arkansas Gov. Mike Huckabee, who fancies himself as a Twitter humorist, posted a “joke” in which he has “decided to ‘identify’ as Chinese.” It isn’t being received well given the recent landscape of anti-Asian violence.

Huckabee tweeted the “joke” on Saturday, and it’s gathered an impressive ratio so far, with nearly 51,000 responses compared to just 14,400 likes. It reads, “I’ve decided to ‘identify’ as Chinese. Coke will like me, Delta will agree with my ‘values’ and I’ll probably get shoes from Nike & tickets to @MLB games. Ain’t America great?”

The tweet also registers a level of cultural tone-deafness, given a recent rise in anti-Asian racist incidents and violence.

It’s far from the first time that a tweet by Huckabee has rubbed people the wrong way. As the Daily Dot reported back in 2018, Huckabee posted a racist tweet looking to tie Rep. Nancy Pelosi (D-Calif.) to Latino gang members.

As that article observed, “He’s made a transphobic joke about Sen. Chuck Schumer, joked about North Koreans eating dogs, said he didn’t remember Trump’s ‘grab them by the pussy’ Access Hollywood tape, and declared that Robert Mueller’s Russian investigation was actually in his butt.”

It also highlighted one Cinco De Mayo tweet in which Huckabee wrote, horrifyingly, “For Cinco de Mayo I will drink an entire jar of hot salsa and watch old Speedy Gonzales cartoons and speak Spanish all day. Happy CdMayo!”

Kurt Eichenwald wrote, “You are such an awful, hateful person. After beginning my adulthood attending seminary, people like you and all of you evil evangelicals are what drove me to finally abandoned the church and simply rely on my own faith. Any institution that generates such hatred is an abomination.”

Even people prone to agree with Huckabee on a number of issues, including evangelist Beth Moore, expressed dismay. “Mike, I’ve shared a meal with you at your beautiful table,” she reminded him. “I’ve heard you profess Christ as Lord. This is entirely antithetical to the gospel.”

A number of people, notably actor and activist Patricia Arquette, made the connection between the recent anti-Asian violence and Huckabee’s tweet.

She asked him, “Elderly Asian women are getting beaten up on the street and you say this?”

Victoria Brownworth pointed out, “Last weekend, an Asian woman your age was beaten and kicked in NYC and is still in hospital with broken bones and a concussion. Every day Asian/AAPI people are victimized by hate crimes.” She concluded by advising, “Delete this.”

But as of the morning of Easter Sunday, the holiest of days in the Christian calendar, he had not deleted it.

As Faith Salie sarcastically observed, “What a beautiful, open-hearted tweet with which to honor Jesus’s sacrifice and rebirth.”