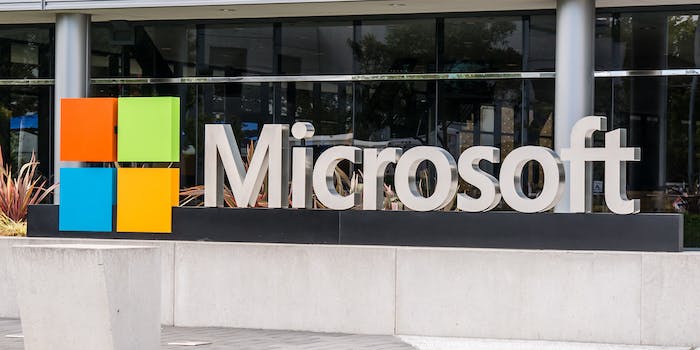 Last week the company said it wouldn't sell facial recognition to police until there was a federal law regulating the technology.

Microsoft, which last week said it would halt the sale of its facial recognition technology to police until federal laws were passed, pushed its products to the Drug Enforcement Administration (DEA) just a few years ago, newly released emails show.

The American Civil Liberties Union (ACLU) released a batch of emails on Wednesday that show Microsoft tried to push the DEA to buy its facial recognition technology through September 2017 and December 2018.

The emails were obtained by the ACLU as part of a lawsuit it filed against the DEA and FBI regarding its use of facial recognition technology.

Microsoft President Brad Smith last week told the Washington Post that the tech giant would not sell the technology to police departments until there was a national law passed that regulated the technology “grounded in human rights.”

However, as has been pointed out with Amazon’s statement regarding its facial recognition moratorium, the ACLU notes that Microsoft only promised not to sell to police—not to federal agencies.

“Even after belatedly promising not to sell face surveillance tech to police last week, Microsoft has refused to say whether it would sell the technology to federal agencies like the DEA,” Nathan Freed Wessler, a senior staff attorney with the ACLU’s Speech, Privacy, and Technology Project, said in a statement.

“It is troubling enough to learn that Microsoft tried to sell a dangerous technology to the U.S. Drug Enforcement Administration given that agency’s record spearheading the racist drug war, and even more disturbing now that Attorney General Bill Barr has reportedly expanded this very agency’s surveillance authorities, which could be abused to spy on people protesting police brutality.”

The emails show that Microsoft hosted DEA agents at its offices and demonstrated its facial recognition system. They also show the DEA’s reservations about buying the technology after the FBI faced backlash.

The release of the emails come as major companies like Amazon and IBM have joined Microsoft in making public statements about its facial recognition technology.

Their announcements come after alarms have been raised by privacy and racial justice advocates about the technology, including its racial bias, and its use as part of surveillance of protests against police brutality and racism.

However, criticisms have quickly arisen about the plans, noting that they do not go far enough.

President Donald Trump also weighed in on Microsoft’s decision by retweeting a former administration official who said the company should lose its government contracts for halting police use of its technology.