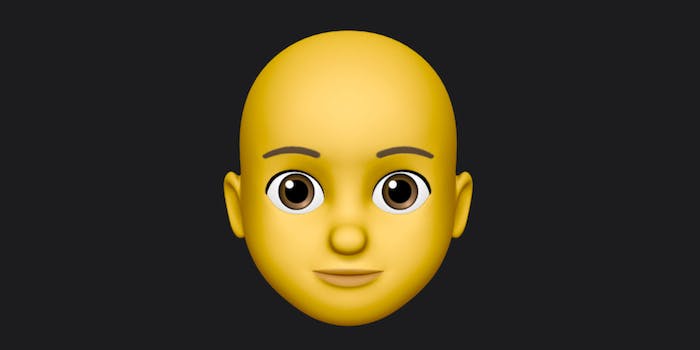 Tip: try using your Memoji to test drive a haircut.

Once a feature exclusive to iPhone‘s with a True Depth camera, Memoji are now available to any device running iOS 13.

How to make a Memoji

Once you’ve updated to iOS 13, making a Memoji is as simple as opening iMessage. Tap the “New Message” icon or go to an existing conversation, and tap on the Memoji icon in the application row. Tap “New Memoji” and customize to your liking with different skin tones, hairstyles, and even piercings. When you’re satisfied with the appearance (you can edit it later if you change your mind) you simply tap “Done” and enjoy your digital mini-me.

What can you do with it?

After you create your Memoji, it can do several things. Across all phone models, it becomes a sticker pack (similar to Bitmoji) that “lives in your keyboard,” according to Apple. Unfortunately, if you want to animate your custom emoji, you’ll need at least an iPhone X, or an iPad Pro 11-inch or iPad Pro 12.9-inch (third-generation or newer).

If you have a capable iPhone or iPad, the animated Memoji – called Animoji — can be used to create videos of your Memoji talking with your voice and facial movements. It can also be used in FaceTime as a sort of “mask” anchored over your face with the same facial recognition software that powers FaceID.

Different camera effects can be applied to Memoji, such as “comic book” or black and white; they work similarly to laptop selfies made with a Mac’s PhotoBooth. So go ahead and create multiple Memoji to represent your ever-changing style.