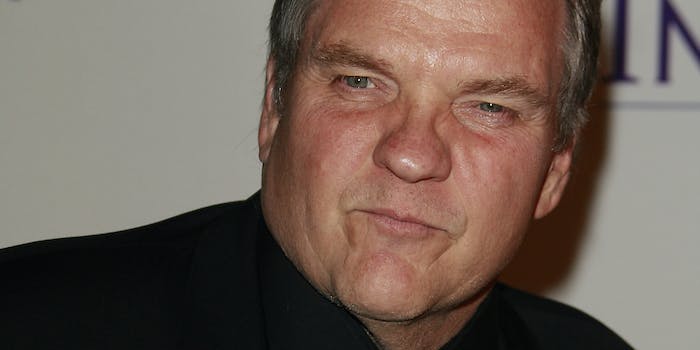 There's a huge problem with their logic.

Ever since the mass distribution of COVID-19 vaccines in April 2021, every celebrity death has become a hotbed of online speculation over how that may have been what killed them.

Conspiracy theorists on far-flung forums and mainstream social slights logged on and announced that Betty White just got boosted before she passed away, that Bob Saget must have had a dose that did him in.

This morning, news broke that legendary rock singer Meat Loaf passed away. And instantly, the internet’s most conspiratorial thinkers jumped on the possibility that it was the COVID booster shot that did him in.

On Telegram and Twitter, people posted with certainty that the vaccine they’re so adamantly against was behind his death.

There’s only one problem with that logic. Meat Loaf appeared to be on their side. According to TMZ, which broke the news of Meat Loaf’s death, he was stridently against vaccine mandates.

Not only did he share Van Morrison and Eric Clapton’s anti-lockdown anthem on Facebook, he reportedly spoke out against vaccine mandates, TMZ said.

In an interview with the Pittsburgh Post-Gazette recently, he also pushed COVID-skeptical sentiments. He called a flight attendant a “Nazi” for requiring a mask on a flight, and said that “if I die, I die, but I’m not going to be controlled.”

He did add that he was terrified of the disease but did not state if he was vaccinated.

According to TMZ, he died of COVID after falling severely ill with the disease. While it’s still possible for vaccinated adults to die from COVID, vaccines do reduce the chance of death greatly.