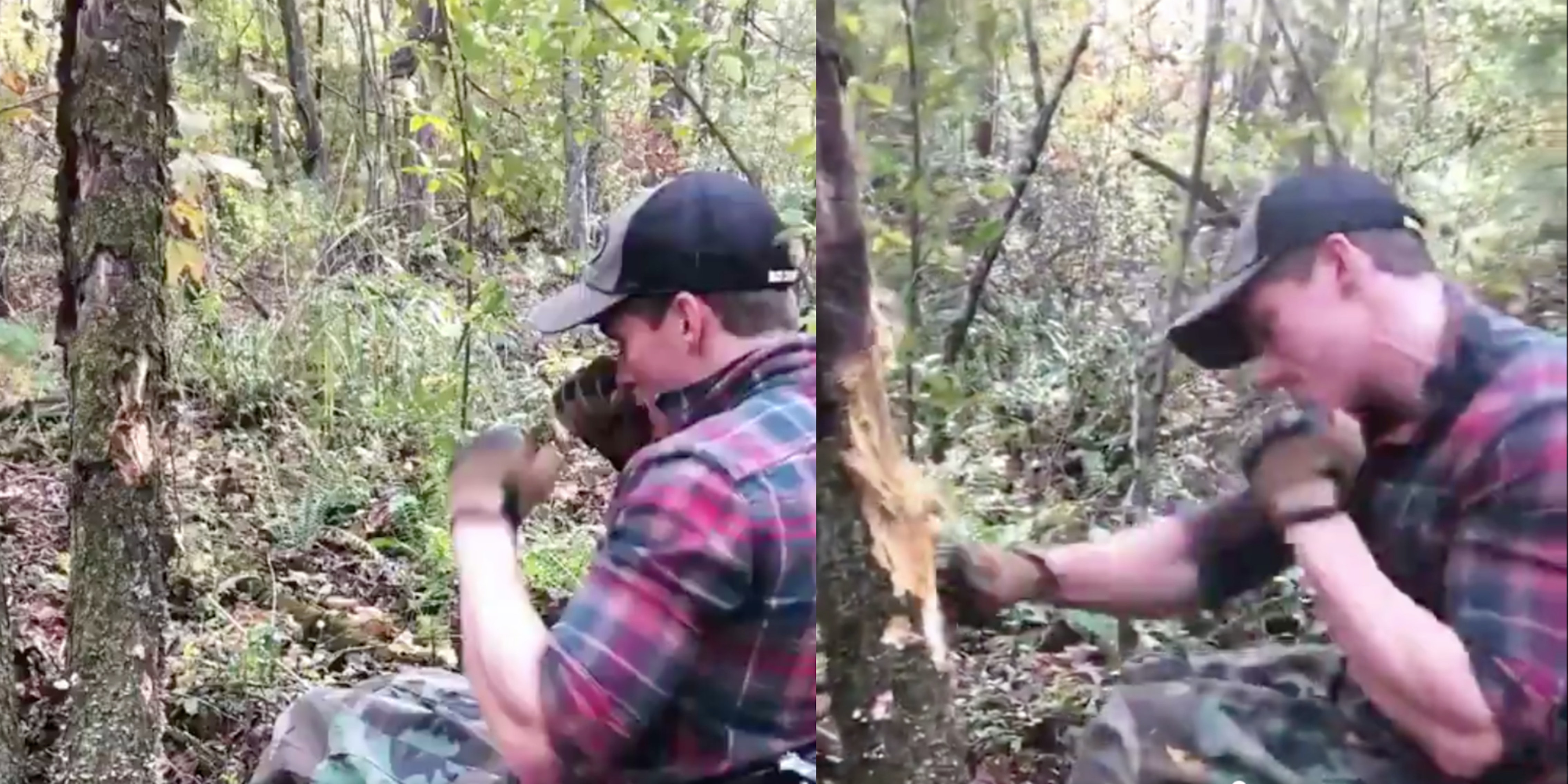 'Why is Madison Cawthorn beating up this tree?'

A viral video of Rep. Madison Cawthorn (R-N.C.) punching a tree has garnered considerable attention this weekend, mainly from people who are trying to figure out why this GOP “rising star” is punching a tree.

It’s the latest in a series of head-scratching episodes involving Cawthorn. The freshman House member also recently went to Twitter to question the Vatican’s ability to self-govern and had staff members deny that an eyebrow-raising Pinterest account was his.

The 19-second video shows Cawthorn sitting in his wheelchair in the woods, punching a tree repeatedly. While he’s able to use his fists to punch away pieces of wood, more than one person pointed out that the wood appears to be rotten, making this less impressive than it might initially appear.

David Dorfman sniffed, “That wood is as rotten as his soul and the soul of the @GOP. One could chop that tree down with a wet sock.” He added, “This is a yawner from @CawthornforNC,” tagging the congressman so that he might see it.

Another Twitter user, going by the handle “Credible Hulk,” noted that Cawthorn actually fails to connect with the tree at points. As the tweet notes, Cawthorn “misses 3 or 4 consecutive times in connecting with an inanimate object.”

Jared Pushner, who originally shared the video Friday afternoon, asked simply, “Why is Madison Cawthorn beating up this tree?”

Musician Jason Isbell chimed in with, “Because it can’t hit back.”

Another saw it as a “great metaphor for Republicans,” noting, “Find weakest thing you can, in this case a skinny dead tree, and then relentlessly beat it to show how tough you are.

Pushner claims, in his Twitter bio, to specialize in “Leaked Photos, Videos, Memes, Stats & More” and “Exposing The Hypocrisy of the Right.” According to him, this video from a now-deleted Instagram post in 2018 to document a trip to Europe. (So, later than the 2017 trip abroad in which he drew controversy for visiting Adolf Hitler’s retreat and posting about it.)

Whether it’s to “own” nature (as if a tree were a “lib”) or an attempted show off his strength, it’s not without precedent. It’s just that, as one person showed by posting a video of a woman punching an intact tree, it can be done better.

“This is the way it’s done actually,” the tweet points out, “You don’t pick a rotten and ruined tree. You hit something without moss and without termites tunnel. This girl is way more impressive.”