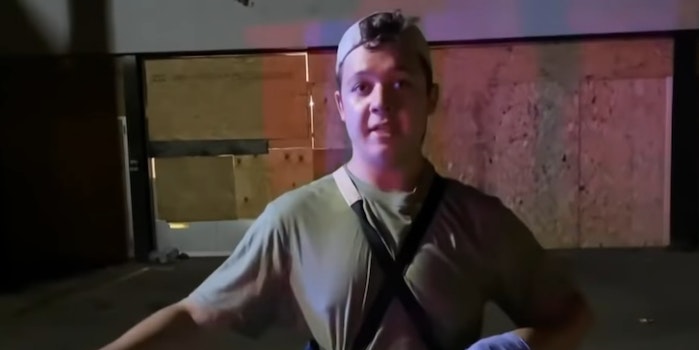 Man who posted it claims he was joking about Trump pardoning the accused killer.