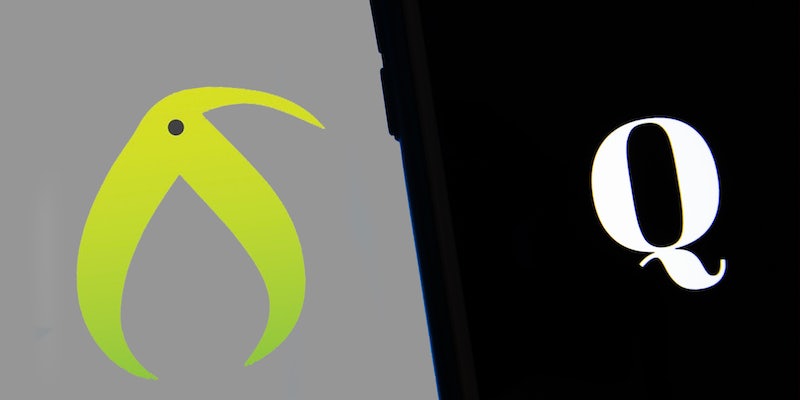 ‘You should be ashamed of yourself’: Did a QAnon influencer just buy Kiwi Farms?

Jim Watkins, the owner of the imageboard 8kun where the QAnon conspiracy theory flourished, claims to have purchased the notorious website Kiwi Farms.

The claim was made by Watkins on Thursday during an appearance on a fringe internet talk show in which he suggested that recent issues on 8kun, which was knocked offline this week, may be linked to his acquisition.

Kiwi Farms, which has facilitated doxxing and swatting campaigns for years, was recently dropped by its DDoS mitigation provider Cloudflare for targeting the transgender activist and Twitch Streamer Clara “Keffals” Sorrenti.

The site has since struggled to find a home, being booted from numerous service providers across the globe.

A purchase by Watkins would likely allow Kiwi Farms to once again centralize such harassment online. But it turns out Watkins’ claims might not be true.

In a statement to Vice on Friday, Kiwi Farms owner Josh Moon denied that Watkins had purchased his site.

Moon also claimed that Watkins, who he described as a “a failed pornographer turned ‘free speech’ grifter,” was merely attempting to cause him problems.

In a statement on Telegram, Moon further mocked Watkins while denying that he had handed over the reins to Kiwi Farms.

“To the evil person who accepted Bitcoin from this elderly person and sold him a piece of napkin with ‘owner of Kiwi Farms’ written on it in crayon, you should be ashamed of yourself,” Moon wrote. “It’s not fair to take advantage of our society’s most vulnerable.”

As further noted by Vice, Watkins admitted in a livestream just last week that he despised Moon and his website.

Despite the animosity, Kiwi Farms is relying on a company called VanwaTech, which Watkins is involved with, in order to try and remain online. VanwaTech is also known for helping host the neo-nazi website the Daily Stormer.

Although Moon has threatened to cut ties with VanwaTech over Watkins’ statements, it may be one of the only companies left that can help keep Kiwi Farms afloat.