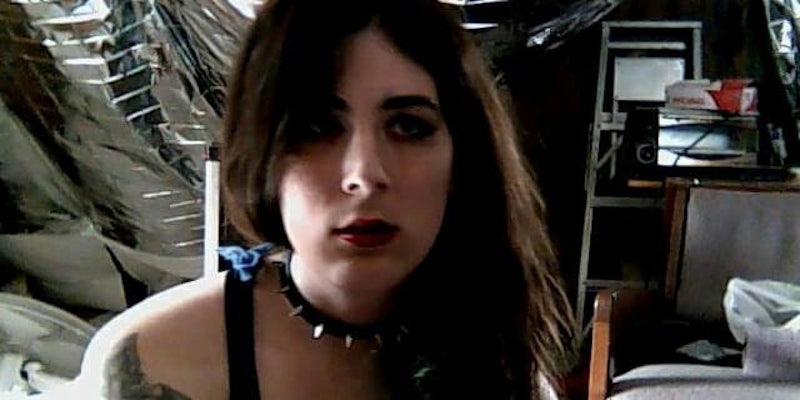 She had reportedly been the target of an online community known for harassment.

A transgender woman took her own life by setting herself on fire in Portland last week, and according to reports, she might have done it to protest mental health challenges and online bullying.

Chloe Sagal, a 31-year-old game developer, self-immolated last Thursday, and though nearby witnesses managed to put out the fire, she later died at a hospital, according to the Oregonian. Her friends said the cyberbullying she had been experiencing for the past several years had led to her mental decline and instability.

In 2013, Sagal reportedly became the target for Kiwi Farms, a message board that describes itself as a “community dedicated to discussing eccentric people who voluntarily make fools of themselves” but which has also been described as a haven for cyberstalkers who bully and harass.

As New York magazine wrote in 2016, Kiwi Farms, which got its start on 4chan, “specializes in harassing people they perceive as being mentally ill or sexually deviant in some way.”

Sagal came to Kiwi Farms members’ attention after she was discovered to have attempted to crowdfund her gender surgery despite her originally saying on Indiegogo that she needed money for a life-saving operation to remove metal shrapnel from her body. After Eurogamer reported about the $30,000 that had been raised on Indiegogo for Sagal’s campaign, Kiwi Farms members reportedly began to harass her on multiple online platforms.

Her friends told the Oregonian that she constantly thought about suicide, and one friend told the newspaper, “One factor that made it much harder for her to get help was that whenever she talked about suicide, [Kiwi Farms members] would report her Facebook page and get it locked down. This had happened multiple times in the month prior to her death.”

On the Kiwi Farms thread that linked to news of her death, Sagal is misgendered over and over again and she’s mocked for her death and for the way she committed suicide.

After one commenter wrote that Kiwi Farms shouldn’t be blamed for her death because an old post about Sagal hadn’t been active for six months, another wrote, “I mean, that isn’t really an indication that we didn’t do it—it’s not like something in (sic) she read in the thread a year or two ago couldn’t have lead (sic) to this. Not that it matters, or anything. Someone who really wants to kill themselves is going to do it eventually, nothing you can really do about it.”

Another commenter wrote on a different thread, “I do hope they blame us for literally murdering another troon. Dibs on credit.”

One trans activist, though, has accused Sagal of harassment. In 2016, Zinnia Jones said Sagal, who created the indie game Homesick, threatened to kill her.

I feel like when I get a death threat it's probably a good idea to save it for the record. Here's one from just now. pic.twitter.com/ft289KZS5i

I do. Chloe Sagal literally threatened to find me and kill me. She's a known harasser of trans people and everyone's aware of her. Sad that you have to dig this deep to maintain your own relevance. https://t.co/WsWnWZ6JK4

A few days before her death, police were informed that Sagal wanted to hurt herself, and after finding her with a machete, they took her into custody and sent her to a mental health crisis center. She was released, and a few days later, she was dead.

In a note she reportedly wrote to friends the week of her death and that was obtained by the newspaper, she said, “My death cannot be silent. It has to be loud and political. My entire life, my experience, my education has led up to this moment. I can only expect trauma and death from my existence.”