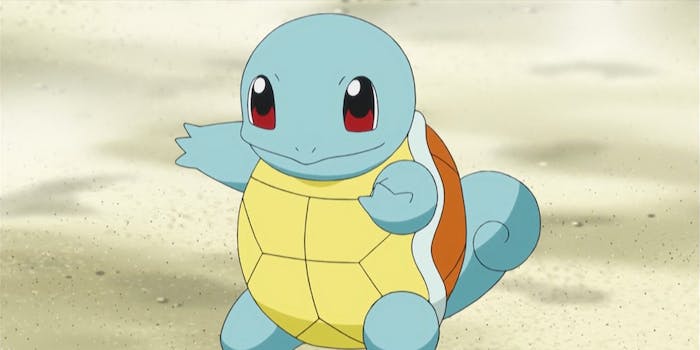 On Thursday, the Daily Mail published images that reportedly show Biden having sex with two women while a giant Squirtle plushie looked on.

Not be outdone in matters of poor taste and potential invasions of privacy, Fox News hosts Tucker Carlson and Sean Hannity posted the photos on their shows later that night.

The publication of the images was inspired by Biden’s book, Beautiful Things: A Memoir, coming out. The book details his struggle with addiction.

Apparently, the Daily Mail and Fox News felt the book launch justified exposing the First Son allegedly engaging in what all have referred to as consensual sexual behavior.

The strange series of events led Squirtle to trend on Twitter under “politics.” Many fans of the Pokémon starter character were in turns amused and horrified to learn why the beloved cartoon turtle was in the news.

“Wait, why is Squirtle trending????” tweeted one appalled observer.

The pics caused some to view Squirtle in an uncomfortable, new light.

The right-wing outlets were clearly intending to embarrass Biden. Unfortunately for them, the photos had the opposite effect.

Observers were impressed. “He looks like he’s living his best life,” tweeted one of Biden.

The salacious and incongruous nature of the images, which are allegedly stills from a sex tape, sent the internet into a frenzy of memes and jokes.

As Squirtle hogged the limelight, little attention has been paid to the presence of a dog on the bed.

Biden has not commented on the matter.