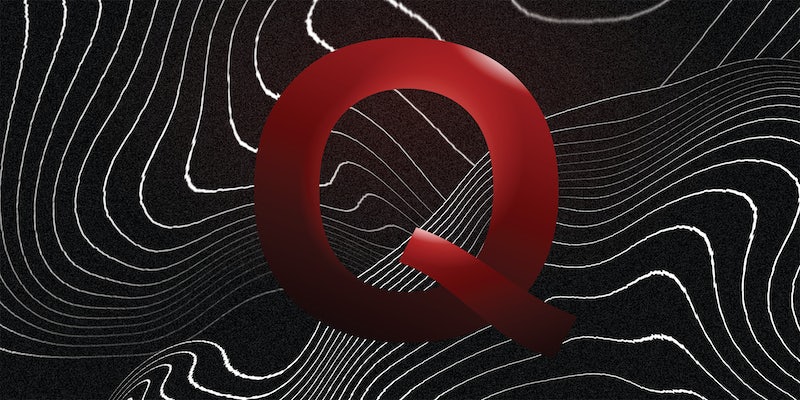 The alleged government insider is actually just a Trump supporter from Florida.

An investigation by the U.K.-based research group Logically has uncovered the identity of “GhostEzra,” one of the biggest promoters of the QAnon conspiracy theory.

GhostEzra first emerged in December 2020 and quickly earned a following for his alleged insights as a high-level government operative.

After being banned from mainstream social media outlets such as Twitter following the Jan. 6 riot at the Capitol in Washington, D.C., GhostEzra transitioned to Telegram where he would soon gain over 330,000 followers.

Numerous videos and pictures posted online by GhostEzra over the past several months led Logically to the city of Boca Raton. GhostEzra made several mistakes such as sharing pictures of his distinct living room on both his Telegram channel as well as his personal social media profiles.

A screenshot shared by GhostEzra of a YouTube live stream video also exposed his first name and last initial. Logically was also able to track down one of Smart’s Yelp accounts, where he left a one-star review for a local Jewish Center with a comment stating: “not nice.”

GhostEzra also uploaded images of himself wearing a pro-former president Donald Trump hat to his personal profiles. The QAnon promoter even attended Donald Trump Jr.’s “Fighters Against Socialism” tour in October 2020 and was quoted by the South Florida Sun-Sentinel about the dangers of socialism.

So far, GhostEzra has not weighed in on Logically’s investigation and last posted to his Telegram channel early Friday morning.

Other QAnon promoters, many of whom were at odds with GhostEzra, celebrated his outing on Telegram. GhostEzra is just the latest far-right figure to be exposed by Logically. Previous conspiracy theorists that had their identities revealed have all either deleted their accounts or significantly reduced their online presence.