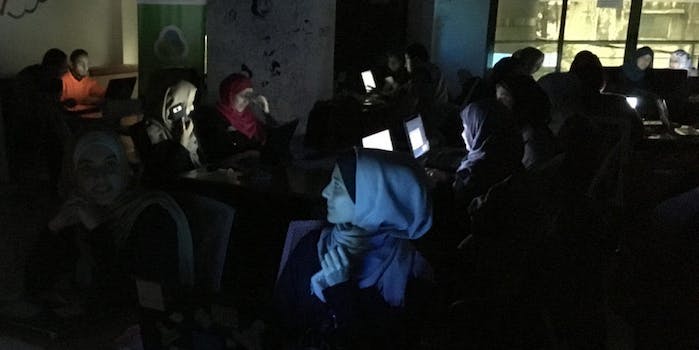 The emergent startup scene in Gaza is disrupting stereotypes and impacting the global economy.

Gaza is home to some 2 million people, packed into an area about the same size as the San Francisco peninsula: 32 miles by 7 miles. Since 2007, an entire generation of young people has not been able to leave the region due to border closures.

But the internet is increasingly providing Gazans a lifeline to the world.

In Gaza City—a crowded, bustling metropolis that borders a wide sandy beach stretching out into the Mediterranean Sea—technology is changing lives and communities. In an area where youth unemployment hovers around 60 percent, talented software developers are fully employed and earning salaries that are 12 times higher than the average Gazan worker.

In addition to freelance developers, there’s a nascent startup scene in Gaza that’s serving global markets—and attracting the attention of for-profit investors. At Gaza Sky Geeks (GSG), we have coached dozens of startup teams, facilitated investment offers for 11 tech startups, and created more than 100 jobs in the last two years alone. In 2016, we brokered seed investments worth $96,000 for our entrepreneurs.

More recently, our crowdfunding campaign raised $347,497, which will be used to launch Gaza’s first intensive coding academy. While fiber optic internet lines can connect us at a basic level, it’s coding and tech entrepreneurship that will empower young Gazans to build products and sell services—just like anyone else around the world. 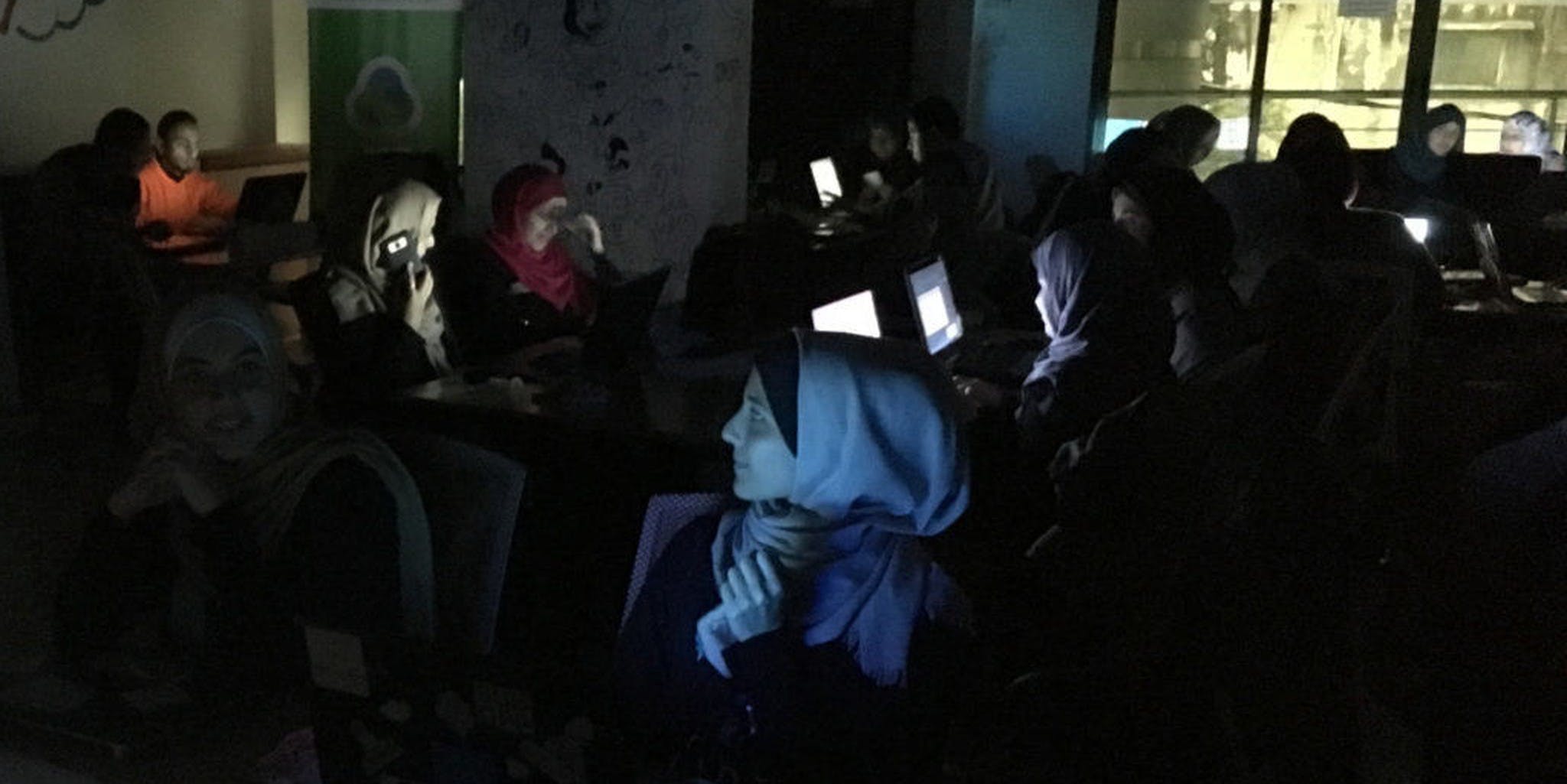 Entrepreneurs at Gaza Sky Geeks keep coding even when the power goes out.

The cost of launching a startup in Gaza is low: A $20,000 seed-level investment here has the purchasing power of $200,000 in the United States. Investors see the potential of target markets like Saudi Arabia, which has one of the top smartphone penetrations in the world. In fact, internet usage in the Arab region has increased by 600 percent since 2001—faster than anywhere else in the world—but there is still a big gap in Arabic products and content online.

Gazan entrepreneurs are showing the business logic of targeting these markets. Baskalet, for example, a game studio focused on Arabic content, has reached over 1 million downloads across its game portfolio to date. 5QHQH, the 9GAG for the Middle East and North Africa, garnered nearly 250,000 pageviews last quarter, and Zumrod, a platform for health and beauty products, just received Gaza’s largest startup investment ever.

The internet is increasingly providing Gazans a lifeline to the world.

Breakout entrepreneurs, like the CEOs of Baskalet, Zumrod, and 5QHQH, and successful local software outsourcing companies like Unit One and Exa, are also catalyzing the community here to take a greater interest in web development. Gazan universities are revising curricula with input from global mentors and increasingly see IT as a conduit to a better life for their graduates. A 2013 report by Portland Trust noted that “by 2030 the [IT] sector [in the Palestinian territories] could expand as much as nine-fold, to approximately $960m in output and directly employ up to 20,000 people in high-skilled jobs.”

The community here is vibrant, supportive, and bright. Tech entrepreneurship is changing mentalities around empathy, problem-solving, and soft skills that are essential for interacting in the global economy. There will always need to be a lasting political solution for the situation in Gaza to stabilize. Tech and entrepreneurship aren’t a panacea. But for the time being, as long as the borders are closed, tech will continue to be Gaza’s lifeline to the world.

WATCH: Building a 9GAG for the Arab world

Ryan Sturgill is the director of Gaza Sky Geeks, the first startup accelerator in Gaza. Previously, he helped establish a startup incubator in Afghanistan with support from Google and has advised small businesses on operations and financial strategy in Palestine, the UAE, Iraq, and Pakistan.

Ryan Sturgill is the director of Gaza Sky Geeks, the first startup accelerator in Gaza.