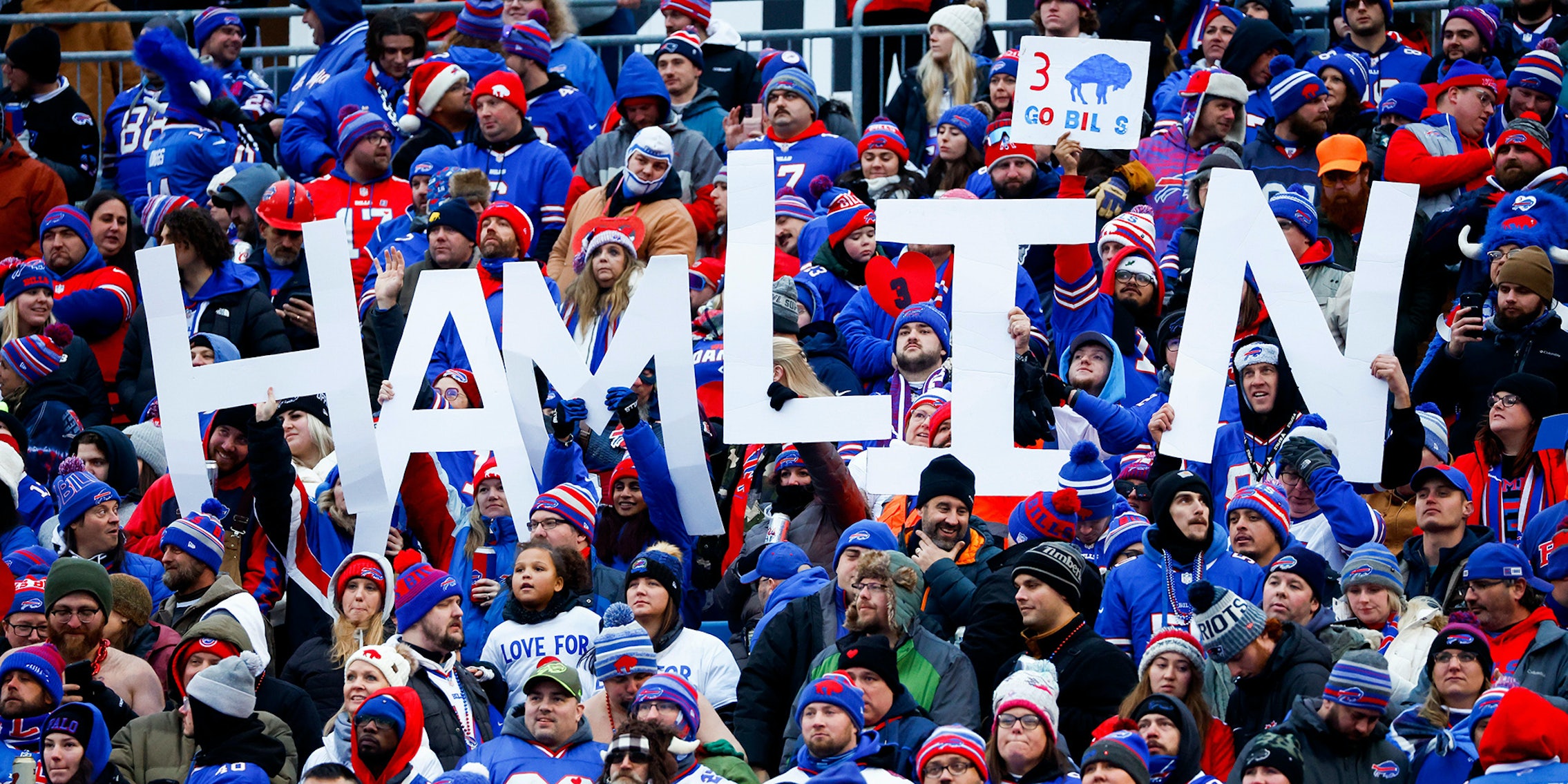 Of course, the headline isn’t real.

A screenshot of an alleged CNN article asserting that NFL player Damar Hamlin’s doctor admitted that his recent cardiac arrest was linked to the COVID vaccine is going viral among conspiracy theorists.

But of course, the headline isn’t real.

Hamlin, a 24-year-old player for the Buffalo Bills, suffered a cardiac arrest during a game earlier this month after a tackle resulted in a blow to his chest.

Anti-vaccine advocates immediately seized upon the moment to blame the vaccine, as they have done with nearly every high-profile health incident in recent years, despite no evidence whatsoever indicating the vaccine was the cause.

Just days after, a screenshot began circulating across social media that seemed to confirm the conspiracy theorists’ beliefs.

“Doctor of Damar Hamlin confirms Cardiac Arrest was due to the 4th Booster Vaccine,” the alleged CNN headline read.

Users flooded Twitter to pat themselves on the back for once again, in their own minds, being correct.

“Can’t believe they actually admitted it!!” one user wrote.

Users who promoted the tweet urged their fellow Twitter compatriots to “wake up” and fight back against the CDC and the pharmaceutical industry.

Yet unsurprisingly, the image was actually fabricated. A user appears to have edited the text of an actual article that was instead titled, “Damar Hamlin discharged after spending more than a week hospitalized due to a cardiac arrest.”

At least some of the anti-vaccine users did, however, question whether the headline was real.

Hamlin’s agent had already denied the popular conspiracy theory days prior, calling the claim that the athlete’s health issue was related to the vaccine “baseless.”

As noted by USA TODAY, a research study from 2021 “found that cardiomyopathy, an acquired or inherited disease of the heart muscle, accounts for nearly half of the sudden cardiac arrest and death cases in college and professional athletes.”

And despite such incidents existing prior to the vaccine rollout, many have become convinced that every heart issue in society is now directly linked to the vaccine.

But the lack of actual evidence is unlikely to stop anti-vaccine advocates from blaming the vaccine for the foreseeable future.

This incident shows how even a crude altered image can be enough to convince many online so long as it conforms to their worldview.

And with millions now constantly looking for any news regarding heart issues, something they weren’t doing before the vaccine, such conspiracy theories will undoubtedly continue spreading for years to come.