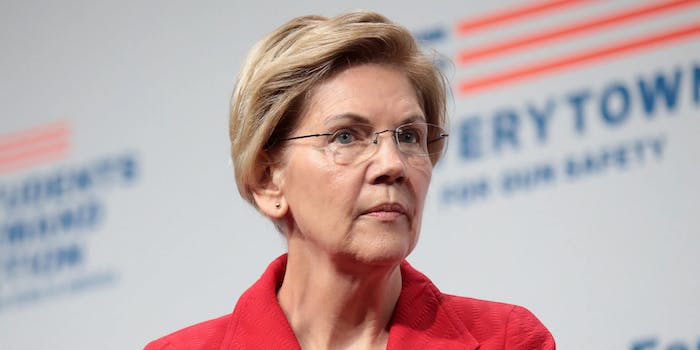 Warren criticized the FCC in an op-ed in the Washington Post.

Warren wrote an op-ed published in the Washington Post that highlighted her plans to invest $85 billion to expand broadband access in the United States, make it easier for municipalities to create their own broadband options, and restore net neutrality, among other things.

Within the op-ed, the Massachusetts senator called out the FCC and Chairman Ajit Pai.

“FCC Chairman Ajit Pai, a former Verizon lawyer, has been an effective agent for ISPs. He led the charge to dismantle net neutrality last year, and he has done everything in his power to stop municipalities from building their own broadband infrastructure. He also attempted to gut the FCC’s Lifeline program, one of the few tools the federal government has to provide Internet to low-income consumers,” Warren wrote.

On Wednesday, the FCC shot back at Warren’s criticism. In a statement to the Hill, the agency defended its work since Pai took over and brushed off the attacks from Warren, listing a number of things they accomplished.

“So notwithstanding the hot air that campaign season brings, the truth is that his approach is producing real results and delivering digital opportunity to people across our country,” an FCC spokesperson told the news outlet.

Warren is one of several 2020 Democratic hopefuls who have made the internet—and restoring net neutrality—major parts of their campaign.