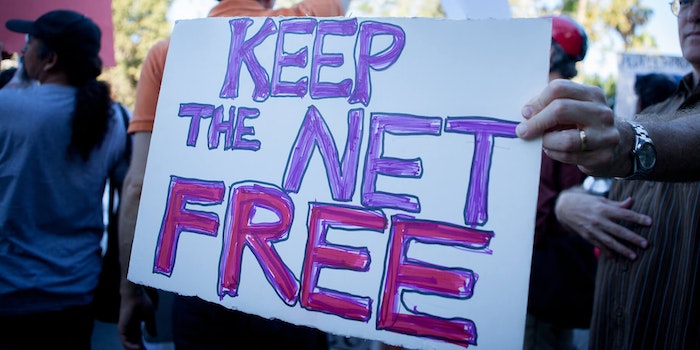 A petition has launched asking for 2020 candidates to take the pledge.

The groups—which include Demand Progress, Fight for the Future, Free Press, and more—launched a petition on Monday for people to sign urging the 2020 candidates to pledge to restore the rules, which were repealed in 2017, if elected.

“At this point there have been a number of candidates who have said that they support net neutrality, and have even said that they will appoint FCC commissioners who will restore net neutrality—certainly not all of the candidates though,” Mark Stanley, director of communications for Demand Progress, told the Daily Dot on Monday. “The idea with this is to put out a specific pledge that candidates can take.” 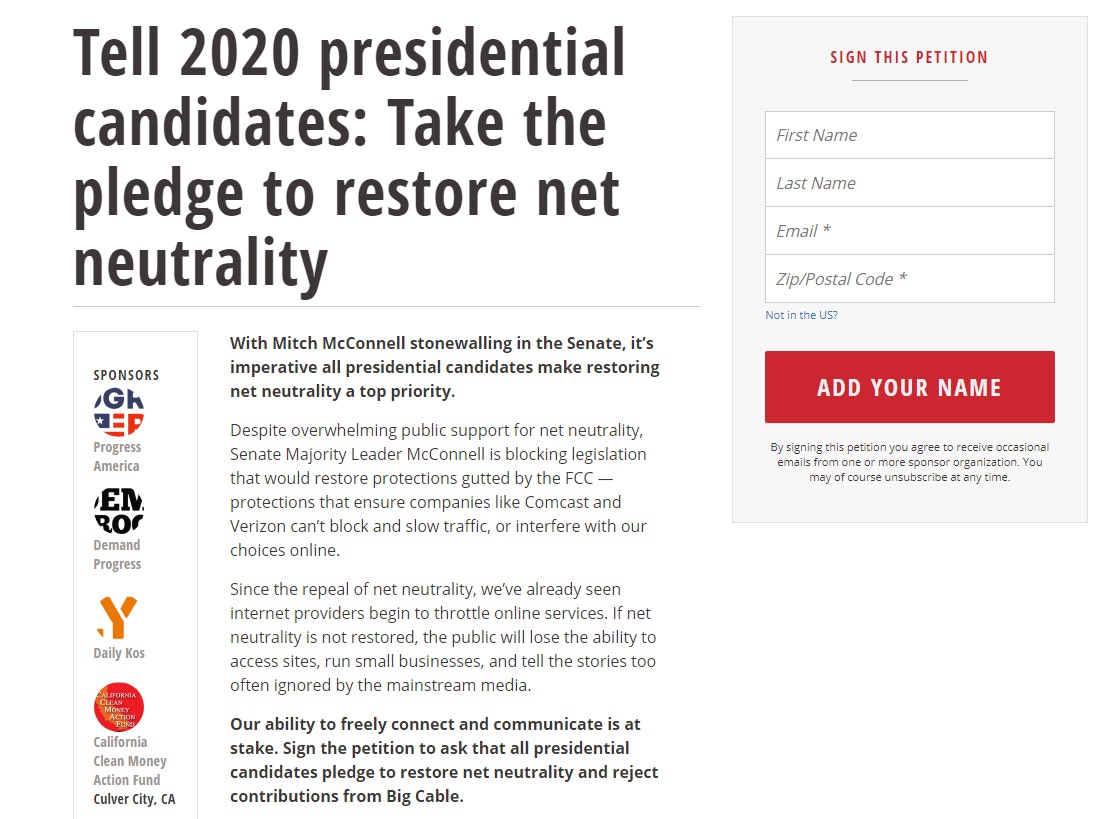 Stanley said the groups will collect the signatures on the petition and eventually reach out to the individual campaigns with the number of people who signed it.

A number of 2020 Democrats have brought up net neutrality on the campaign trail—with several telling the Daily Dot they would appoint commissioners to the Federal Communications Commission (FCC) that would restore the rules.

Others have said they would use federal contracting requirements as a way to bring back net neutrality or believe that legislation offers the best shot at restoring rules.

The Save the Internet Act, a bill that would restore the 2015 Open Internet Order, passed the House of Representatives earlier this year, but has languished in the Senate.