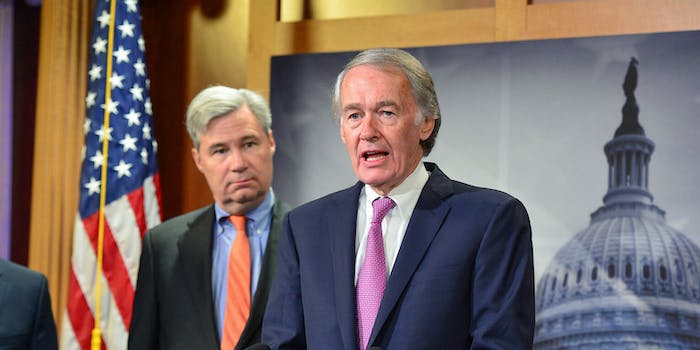 Clearview AI, the controversial facial recognition startup that built a database of photos by scraping public-facing photos online, recently claimed it could be used by federal and state authorities to work on coronavirus tracing.

Now one senator wants to know more about it.

Sen. Edward Markey (D-Mass.), who has been critical of Clearview AI’s impact on privacy, wrote a letter to the company’s CEO, Hoan Ton-That, asking specifically which government entities—both federal and on the state level—have been in talks with him about using the technology as part of the coronavirus response.

The letter came after Ton-That spoke with NBC News and said he has been in discussion with authorities about how to use his technology as part of contact tracing during the coronavirus pandemic, according to the news outlet.

Ton-That added that Clearview’s technology would not be hindered by people wearing masks if it was used in conjunction with public surveillance footage.

That potential use has Markey seeking answers.

“Technology has an important role to play in mitigating the COVID-19 pandemic, but this health crisis cannot justify using unreliable surveillance tools that could undermine our privacy rights,” Markey wrote to Ton-That. “Given that your responses to my previous letter failed to address ongoing concerns about your product—particularly around accuracy and bias testing—any plans to deploy it widely to fight the coronavirus could further increase Clearview’s threat to the public’s privacy.”

The letter asks a series of questions about potential relationships between Clearview and government entities; if the company is marketing the use of its technology for coronavirus tracing; what evidence supports that facial recognition would be helpful in tracing; and whether the company will allow people to have their images deleted from its database without showing a government ID, among others.

Markey asked for answers to the questions by May 14.

Earlier this year, Markey asked Clearview about its relationships with foreign countries and whether it was collecting images of children, adding that if it did it would be in violation of the Children’s Online Privacy Protection Act.

Clearview AI has been at the center of a steady stream of criticism since it was first written about by the New York Times earlier this year. Several lawsuits have been filed against the company, including one in Illinois.