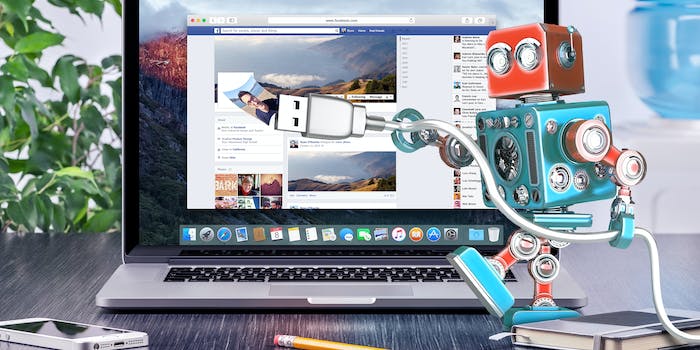 Can a lawsuit in Illinois stop a dangerous new facial recognition app?

The relationship Clearview has with law enforcement is at the heart of the lawsuit.

Last month, a New York Times report shed light on Clearview AI, a startup that created a facial recognition app by scraping public-facing photos off social media. It built up a massive database of photos, and was sharing it with law enforcement. Backlash almost immediately began pouring out.

Just a few days later, the backlash hit the courts. A lawsuit was filed against Clearview AI in Illinois, alleging that the civil rights of people whose faces are in the app are being violated.

The suit, among other matters, also alleges that the company violated the Illinois Biometric Information Privacy Act, a law that requires opt-in consent when collecting biometric data like fingerprints and faceprints.

It names Clearview CEO Hoan Ton-That; Richard Schwartz, one of the company’s co-founders; and CDW Government LLC, a firm that facilities sales of the technology to law enforcement, as defendants.

The suit is hoping to ride a heap of criticism that has been levied at the startup, including a number of cease-and-desist letters from tech giants like Twitter, Google, YouTube, and Venmo.

Another lawsuit was also filed against the company in Virginia.

The suit—which aims to become class action—was filed without much fanfare. But it could be critical.

Michael Kanovitz, an attorney at Loevy and Loevy, the firm representing the plaintiff in the Illinois lawsuit, told the Daily Dot in a recent phone interview that they hope to expunge information law enforcement may have collected using Clearview and prohibit the company from using the eventual plaintiffs’ biometric information. The Times reported that the company said more than 600 law enforcement agencies used its technology over the past year.

Some of the defendants named in the suit have been served, Kanovitz said.

“When we approached the issue, we wanted to approach it primarily from the civil rights standpoint, but obviously to also include the biometric protections that Illinois affords,” Kanovitz said. “Look at what Clearview, basically in conjunction with police departments, has now done: It’s created a gigantic database of presumptively innocent people who haven’t even been arrested. We are going to argue that there are legal principles that should apply to expunging that database.”

Kanovitz said the suit aims to have two classes in it: a group that would extend nationally concerning the civil rights complaints, and a subset of people in Illinois that would also be covered under its Biometric Information Privacy Act.

Facial recognition technology has been criticized in recent months—specifically its use by government and law enforcement—with one of the major concerns being the technology’s history of racial bias. A collection of more than 30 groups has spearheaded a campaign calling for a ban on government use of facial recognition technology, and the notion has even garnered support on the 2020 presidential campaign trail.

The Illinois Biometric Information Privacy Act was passed in 2008 and requires companies to get consent from people before it collects biometric information on people. Most recently, it was part of a lawsuit brought against Facebook for the social media giant using facial recognition technology to suggest people to be tagged in photos.

Facebook agreed to pay $550 million as part of a settlement.

It appears that by scraping photos online, Clearview would be in violation of the law by using facial recognition technology on anyone from Illinois.

While the Facebook settlement does focus on the Illinois law, Kanovitz said their suit aims to go further than it.

“Our class members are unsuspecting victims who had no notice that Clearview was taking their photos,” Kanovitz said. “My understanding is that Facebook only used photos that the class members uploaded to its site. Also the Clearview class is much larger, the Illinois BIPA claims encompass more than just Facebook photos and the civil rights violations cover a national class.”

The startup’s relationship with law enforcement will be at the heart of what Kanovitz and others want to argue.

Specifically, the suit alleges that the Clearview database offers “a massive surveillance state” to law enforcement agencies “with files on almost every citizen, despite the presumption of innocence.”

“The fact that the data is gathered not by directly making an arrest of somebody, but scraps of information that are dispersed all over the internet raises a whole set of interesting questions that we’re going to have to litigate.”

Clearview did not respond to a request for comment by the Daily Dot.

The suit is still moving through the court process, but some experts believe that it shows a need for more states to pass laws similar to the one in Illinois that protect the biometric data of Americans.

Albert Fox Cahn, the executive director of the Surveillance Technology Oversight Project, said there has been movement regarding technology and surveillance by law enforcement—which is at the heart of the Clearview suit.

“We’ve seen the Supreme Court start to tackle with the fact that when police use publicly available data to create a history of our lives and our movements it can raise real Constitutional concerns,” Cahn said, citing a 2018 Carpenter v. United States ruling that found law enforcement could not collect cell site location information without a warrant. “The court said you can’t reconstruct someone’s movements using their cell phone data without obtaining a warrant. To me, we shouldn’t have less civil rights protections for our faces than our phones.”

Cahn added that the Clearview suit highlighted why more states needed to enact their own laws. But beyond that, Cahn said there needed to be federal legislation—an idea that has broad support. Just not necessarily in the halls of Congress.

“This suit and other litigation is showing that Illinois is becoming a national leader in protecting their resident’s rights against surveillance and surveillance capitalism,” Cahn said. “I think it really raises the question why more states aren’t following their lead to provide their residents with the exact same protections we see under Illinois law … I think eventually we will need comprehensive federal legislation that not only protects our biometric information, but which also completely outlaws law enforcement use of facial recognition.”

Adam Schwartz, an attorney at the Electronic Frontier Foundation, said he was in favor of Illinois’ law and said a national law was needed to curb the “great menace” of facial recognition, stripping people of any right to anonymity without any due process.

“This is why we are so supportive of federal legislation that would do a similar thing nationwide,” Schwartz said, speaking about the Illinois law. “Except we would want it not just for biometrics, but other kinds of personal information. We view what Clearview AI is reported to have done by gathering reportedly billions of faces to be a great menace to privacy.”