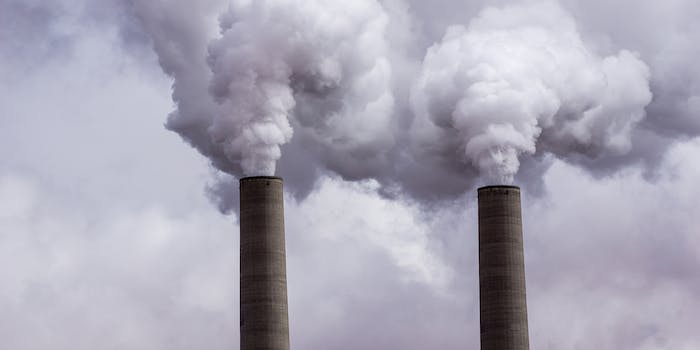 Employees at the Environmental Protection Agency (EPA) are racing to save the information on its website’s climate change page after President Donald Trump’s administration allegedly told the agency to remove it, according to a new report from Reuters.

According to anonymous “agency employees,” the EPA was reportedly ordered to remove the page on climate change, which is a homepage containing scientific research on global temperature changes along with information about emissions. Trump once tweeted that he believed global warming was a hoax created by the Chinese in order to make the U.S. less competitive. Trump later denied making this claim during a presidential debate with Democratic nominee Hillary Clinton.

The page’s removal could occur as soon as Wednesday, according to Reuters. However, an EPA spokesman tells the Hill that the plan is not to remove the page entirely but to instead review the “editorial” portions of the page and make applicable changes.

“We’re looking at scrubbing it up a bit, putting a little freshener on it, and getting it back up to the public,” Doug Ericksen, a Republican state lawmaker from Washington, said. He added: “We’re taking a look at everything on there.”

The alleged orders have worried staffers, who are trying to save their work before it’s removed. “If the website goes dark, years of work we have done on climate change will disappear,” an EPA staffer told Reuters.

Soon after Trump took office, his administration removed climate change from the White House website—the information has been preserved on former President Barack Obama’s archived website—and several agencies have been barred from communicating with the press or public, including the EPA. One of those agencies named, the Department of Health and Human Services, denied it was included in the gag order.

The gag also led to a former employee of the Badlands National Park Twitter account to tweet about climate change before the park deleted those tweets. Some have called restricting communications between government agencies and the public censorship.

As of press time, the EPA’s climate change pages appear to be online, but some are already trying to save the agency’s work before it’s forced to delete it. The main EPA page on climate change alone has been archived to the Wayback Machine at least 159 times.

You can read the full report at Reuters.