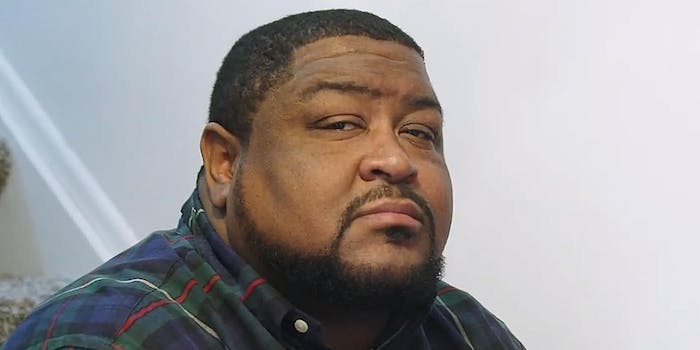 Privacy and racial justice advocates have long sounded alarms about law enforcement use of the technology.

A false facial recognition match led police in Detroit to detain the wrong person, the first-known false arrest based on the technology in the United States, the American Civil Liberties Union (ACLU) said on Wednesday.

Robert Williams, a Black man from Detroit, was arrested and detained for nearly 30 hours after facial recognition technology falsely matched his driver’s license photo to surveillance footage, the ACLU said in its complaint to the Detroit Police Department.

The arrest of Williams is believed to be the first-known false arrest as the result of the technology, the ACLU said.

“First, as Robert’s experience painfully demonstrates, this technology clearly doesn’t work. Study after study has confirmed that face recognition technology is flawed and biased, with significantly higher error rates when used against people of color and women,” the civil liberties organization wrote in a blog post about the complaint. “And we have long warned that one false match can lead to an interrogation, arrest, and, especially for Black men like Robert, even a deadly police encounter.”

According to the ACLU, when police were interrogating Williams, they showed a surveillance image to him and asked if the man in the photo was him. When Williams said the man wasn’t him, they showed him another image and asked again. Williams then put the photo to his face and said “I hope you all don’t think all Black men look alike.”

One of the officers then responded “the computer must have gotten it wrong,” the organization said. The charges were eventually dropped against Williams with prejudice.

Privacy and racial justice advocates have long been sounding the alarm about law enforcement use of facial recognition. The technology has been found to have a racial bias, and questions have been raised about the technology amid surveillance of protests against police brutality and racism in the wake of the police killing of George Floyd.

Several major tech companies including IBM, Amazon, and Microsoft have made statements recently about the future use of their facial recognition by law enforcement.

However, advocates have argued that the pledges do not go far enough.

In an op-ed for the Washington Post, Williams questioned how many other people have been arrested as a result of false matches.

“I wouldn’t be surprised if others like me became suspects but didn’t know that a flawed technology made them guilty in the eyes of the law,” Williams wrote. “I wouldn’t have known that facial recognition was used to arrest me had it not been for the cops who let it slip while interrogating me.”

The ACLU is arguing that the Detroit police’s case against Williams should be dismissed with prejudice, and the department should stop using facial recognition technology as an investigation tool because “as the facts of Mr. Williams’ case prove both that the technology is flawed and that DPD investigators are not competent in making use of such technology.”

The complaint also asks for any photos of Williams to be removed from facial recognition databases the department relies on and that his arrest should be expunged.