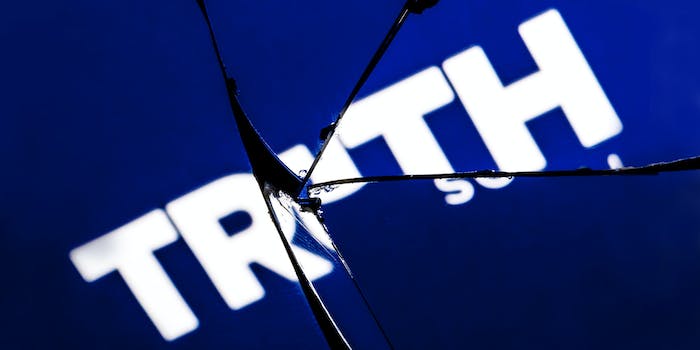 Scammers are making their way onto Truth Social.

Former White House social media director Dan Scavino erupted on Monday in a post on Truth Social after discovering that a scammer had been impersonating his account.

In remarks to his more than 654,000 followers, Scavino, whose handle is @DanScavino, lashed out at an unknown individual who had promoted “fake Trump 2024 Golden Cards” under the username @real_danscavino.

“To whomever is grifting and scamming using the username @real_danscavino here on @truthsocial, enjoy your final moments of using my name/photo, to scam and sell fake Trump 2024 Golden Cards…” he wrote.

Scavino also, perhaps naively, called on the unknown user to issue refunds to anyone on Truth Social who had been scammed.

“You should refund everyone whom you’ve sold them to. If you don’t, they should sue you,” he added. “I’m coming after your web site next, with a cease and desist letter…”

The account in question has since been disabled by the platform. And while Scavino did not reveal further details on the scam, a search for “Trump 2024 Golden Cards” appears to indicate that the ruse involves either gold bars or gold-colored cards designating supporters of the former president.

In comments on Twitter, numerous users noted that they had received emails, purportedly from Donald Trump Jr. and other members of the Trump family, hawking the seemingly useless “membership” cards.

As noted by Business Insider last month, the group began sending emails to Trump supporters asking them to choose their favorite card design out of four presented. The users were then urged to send a donation of at least $45 “to guarantee” that Trump sees their choice.

“We know President Trump will be excited to see what YOU thought,” a fundraising page from the group states. “Rush in a contribution of ANY AMOUNT IMMEDIATELY to guarantee he sees YOUR response FIRST!”

The Daily Dot reached out to Truth Social to inquire whether the alleged scammer had been promoting the same cards as the former president’s political action committee but did not receive a reply.

The purported scam is just the latest woe to hit Truth Social, which has still yet to fully launch a completed social media platform.

The scam is also not the first to be specifically aimed at Trump supporters. Other social media platforms popular among right-wing users, such as Telegram, have likewise been a breeding ground for scams.

As reported by the Daily Dot last year, scammers impersonating everyone from WikiLeaks founder Julian Assange to former First Lady Melania Trump were found to be promoting a weight-loss supplement.

As Truth Social slowly comes online, it will undoubtedly attract the very same type of scammers who rely on everything from conspiracy theories to other right-wing talking points to target unsuspecting users.