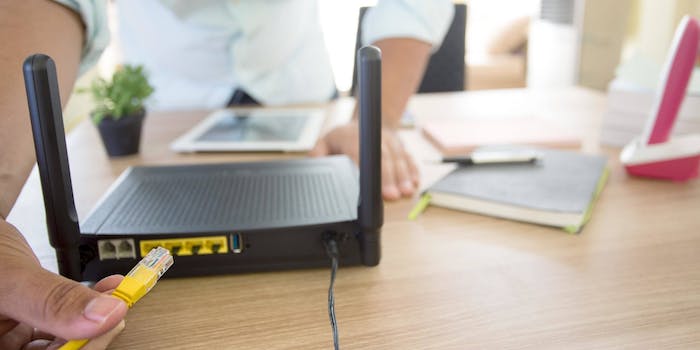 Several members of Congress signaled their support for the efforts.

A dozen advocacy groups and several members of Congress on Wednesday signaled their support for the next coronavirus relief bill to include funding to make broadband access affordable and available during the pandemic.

One of the petitions specifically says that internet and phone access “should be affordable public services—like water and electricity” before urging Congress to “provide the billions of dollars needed to get and keep people connected to broadband and phone services during the COVID-19 pandemic and resulting economic crisis.”

Caitlin Seeley George, the director of campaign and operations at Fight for the Future, said it was “absolutely critical” that people are able to access the internet during the pandemic, echoing other speakers who noted that the emergency has highlighted the digital divide and homework gap in the United States.

“While some members of Congress are working to get everyone in line and ensure funding for internet access is included in future legislation … others are instead proposing plans to relax regulations in hopes that internet service providers will take it upon themselves to provide affordable access,” George said. “These are a lot of the same politicians who killed net neutrality and whose priority is to line the pockets of their friends at Comcast and Verizon. We just can’t let this happen. We absolutely need our members of Congress to ensure that these funds go directly to helping people get online and to make sure the ISPs follow through with that demand.”

Blumenthal, Markey, and Velazquez said they supported the groups and their petitions.

“We have a digital divide in this country, there is no doubt about it,” Blumenthal said, adding: “It is a disparity that is unjust and deeply unwise for America because we are depriving ourselves of significant talent that is very simply shut out … This effort is vitally important now and even more so with each passing day in the future.”

Blumenthal added that he believed “at least” $1 billion should be included in the next coronavirus relief package aimed at internet connectivity.

There has been a strong push to include broadband in the next coronavirus relief bill over the past several weeks.

A majority of Democratic senators urged congressional leadership to include $2 billion in E-Rate funds in the next relief bill. The program provides subsidies to school and libraries for devices to help students get online.

Similarly, a coalition of more than 800 advocacy groups wrote to Congress earlier this month asking them to ensure that broadband and other utilities are not turned off for an extended period of time after the coronavirus emergency has slowed down.

Major internet service providers have pledged not to shut off access through June and have signed onto the “Keep Americans Connected” pledge from the Federal Communications Commission.

However, there have been reports of people’s service being shut off despite this—and experts have argued that the FCC could be doing more to make sure people stay online during the emergency.