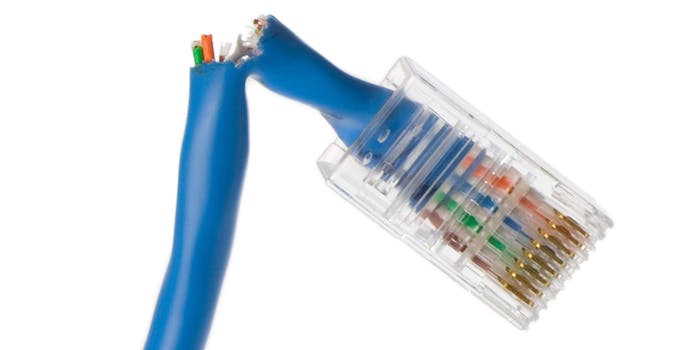 What is the digital divide?

A lot of people seem to be in agreement that it needs to be addressed.

Despite the internet being a clear necessity in modern life, not everyone in America has access to high speed internet, a split in access that is called the “digital divide.”

The stark digital divide comes in a number of forms. Urban and suburban areas have better access than rural ones, and communities of color are affected more than others, experts say.

There are a lot of factors that the divide can influence beyond just having access to high-speed internet: there are opportunity considerations and even an impact on the 2020 Census , which could come into play since Americans will be asked to fill it out online.

What is the digital divide?

Broadly speaking, the digital divide is the gap between Americans who have access to high-speed internet and those who don’t. In America, there are large swaths of the country without access to broadband, and who have only one internet service provider (ISP) offering them access.

Affordability is also part of the reason for the digital divide, according to experts.

Pew, in another report, found that Americans who have lower incomes had a lower level of technology adoption—from home broadband all the way to using smartphones, desktops or laptops, and tablets.

Earlier this week, the House Energy and Commerce Committee’s communications and technology subcommittee held a hearing, titled “Empowering and Connecting Communities Through Digital Equity and Internet Adoption,” where they heard from five experts who spoke about the digital divide.

Some of the experts highlighted their work to trying to close the digital divide and expressed the need for it to become a focal point for Congress.

“The digital divide is an indiscriminate issue, that ironically connects all of us,” Joshua Edmonds, the director of digital inclusion for Detroit, Michigan, told the subcommittee. “We need leaders at all levels, within all sectors, to really work together on this issue.”

Meanwhile, Gigi Sohn, a distinguished fellow at the Georgetown Law Institute for Technology Law and Policy, argued in her opening statement that the Federal Communications Commission (FCC) needed to raise its definition of acceptable high-speed internet—25 Mbps download and 3 Mbps upload—and that the digital divide disproportionately impacts communities of color.

“The racial component of the digital divide is a byproduct not only income inequality, but structural inequality like discriminatory housing and lending practices. This divide persists because of the high cost of broadband and computers in the US. Study after study shows this,” Sohn said.

The FCC just recently launched a $20 billion rural digital opportunity fund to expand rural broadband development, however, there has been criticism of how the funds will be dispersed.

FCC Commissioner Jessica Rosenworcel argued that the broadband maps currently used by the FCC to determine the state of internet access in the country are flawed, and thus using them to disperse the funds was misguided.

“With today’s decision we commit the vast majority of universal service funds—$16 billion!—for the next ten years without first doing anything to improve our maps, survey service accurately, or fix the data disaster we have about the state of service today,” Rosenworcel wrote.  “That means if your home is marked as served by the FCC’s maps today and it is not, then for the next decade you are on your own. Good luck. It means millions of Americans… will slip deeper into the digital divide.”

Unsurprisingly, the digital divide has become a topic that many 2020 Democrats have offered plans to address.

Sen. Bernie Sanders (I-Vt.) has called for treating high-speed internet in the United States “as the new electricity” that everyone “deserves as a basic human right.” As part of his “High-Speed Internet For All” plan, the Vermont senator said, if elected, he would push to have every household in the United States to have “high-speed internet by the end of his first term.”

Meanwhile, Sen. Amy Klobuchar (D-Minn.) announced in March that she wanted to connect every American home to broadband internet by 2022. Former New York City Mayor Michael Bloomberg has a less aggressive proposal, with his goal of expanding broadband access to 10 million more Americans by 2025 and to every household by 2030.

Sen. Elizabeth Warren (D-Mass.), has proposed creating an “Office of Broadband Access” that would manage an $85 billion grant program to expand broadband access in the country.

Pete Buttigieg has called for working with the private sector and nonprofits to create more accurate maps showing where broadband access is lacking, and proposed an $80 billion “Internet For All” plan to “expand access to all currently unserved and underserved communities.”

In June last year, Andrew Yang said he wanted to get rural areas access to broadband “pronto,” adding that he wants to use “some federal incentives” to get access coverage up to 99.8 percent.

Sanders, Warren, and Buttigeig have said they back the creation of more municipal or state-run broadband—or a public option—a proposal that has the backing of some experts.

But it isn’t just an issue for Democrats.

Trump, according to Politico, said he wanted to bring broadband to rural America as part of an infrastructure package during his 2016 presidential campaign.