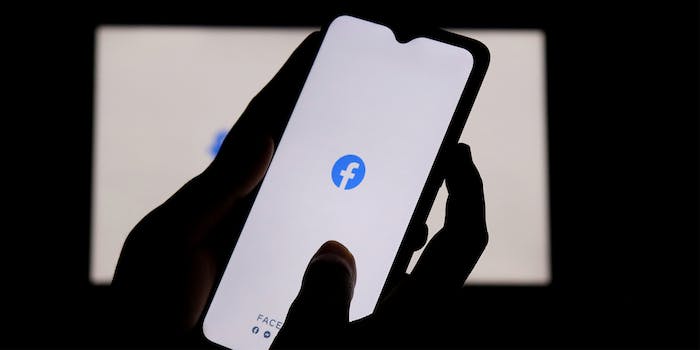 Frances Haugen's progressive politics have made her the focus of new conspiracy theories.

Conservatives are seemingly convinced that the Facebook whistleblower is part of an elaborate “psy-op” aimed at curtailing their speech online.

Following the 60 Minutes interview on Sunday with Frances Haugen, the former Facebook product manager turned whistleblower, most of the public responded with shock and dismay at the new revelations regarding the inner workings of the social media giant.

The far-right, not so much. Instead, they thought it was a massive, coordinated propaganda push to get their content banned online.

Haugen, who testified in front of Congress Tuesday after filing a formal SEC whistleblower complaint, has primarily accused Facebook of prioritizing profit and engagement over public health.

Yet Haugen’s concerns over misinformation, specifically relating to QAnon and election fraud conspiracy theories that led to the Jan. 6 Capitol riot, has turned conservatives against the whistleblower.

Despite regularly accusing the tech industry of having a left-leaning bias, conservatives appeared to act with shock upon learning of Haugen’s purported liberal proclivities.

Prominent conspiracy theorist Jack Posobiec was especially prolific in spreading the narrative that Haugen’s testimony was not genuine but tied to a secretive agenda to further stifle conservative discourse.

Posobiec first pointed to Haugen’s previous work on Facebook’s Civil Integrity team, suggesting that the whistleblower may have had something to do with the platform’s initial censorship of a New York Post story regarding data from Hunter Biden’s laptop.

The Daily Wire, the outlet run by conservative commentator Ben Shapiro, also pointed to Haugen’s “donations to far-left Democrats” as well as her association with other liberal figures as a likely conflict of interest.

“She is working with Democrat operatives to roll out her complaint and has the same lawyers as the anonymous Ukraine ‘whistleblower’ whose allegations led to Donald Trump’s impeachment, but who reportedly turned out to be then-Vice President Joe Biden’s top advisor on the country,” the Daily Wire reported.

Most of her donations ranged from the $1-$25 range, with several $100 donations to ActBlue, the Democratic fundraising platform. She did donate to Rep. Alexandria Ocasio-Cortez (D-N.Y.), which also raised hackles.

The findings led other prominent conservatives such as Matt Walsh to label Haugen as nothing more than a political ploy.

The ‘Facebook Whistleblower’ is one of the most transparent political ploys we’ve seen in a long time,” Walsh tweeted. “She’s a Democrat operative whose primary beef with Facebook is that they dont censor right wing content enough. She hasnt revealed any actual secrets about the company. A farce.”

Given the current political divide over content online—with conservatives leaning on average towards unregulated free speech, while progressives in general supporting increased regulation—criticism of Haugen by conservatives is not surprising.

Since Haugen’s solutions to the issues caused by Facebook will likely skew to the left, it isn’t irrational for right-wing social media users to express concern.

But efforts to frame Haugen as part of a sinister and calculated plot, as opposed to a whistleblower with viewpoints that merely differ from conservatives, feeds into the very same misinformation narrative that has given Haugen the national spotlight to begin with.

If conservatives criticized Haugen solely on their ideological disagreements with her views towards censoring content they would likely have a much stronger foundation to stand on. Instead, it’s calling her a CIA plant.

And some of the biggest names on the right-wing internet seeing massive engagement numbers with these claims shows just how ridiculous statements can drive the exact type of problematic social media engagement Haugen warned about.