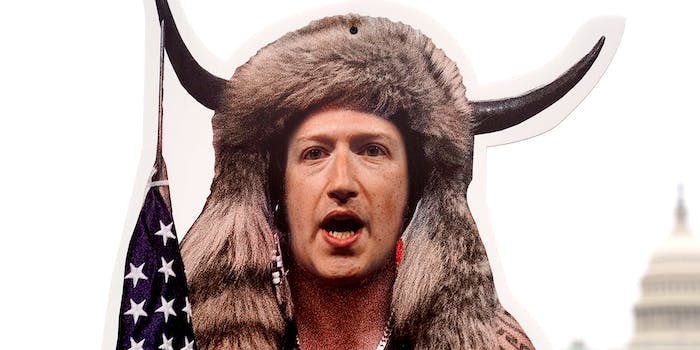 ‘Those things get the highest engagement’: New Facebook users served QAnon content in less than a week, whistleblower says

QAnon is the conspiracy theory that former President Donald Trump is waging a secret war against a cabal of pedophile elites. Its adherents were part of the mob that stormed the U.S. Capitol on Jan. 6.

Haugen is testifying before Congress today after filing a formal SEC whistleblower complaint, coming forward as the source for a series of stories by the Wall Street Journal about the deleterious effects of the social media network.

In the documents, Haugen says Facebook conducted experiments to show what might happen if a new user joined and followed mainstream Republican figures like President Donald Trump.

Within a week, the report says, users were served up QAnon pages. The tests showed that for a new user, “After a small number of high quality/verified conservative internet follows (Fox News, Donald Trump, Melania Trump — all official pages) within just one day Page recommendations had already devolved towards polarizing content.”

Then it went off the rails.

“Although the account set out to follow conservative political news and humor content generally,” the report found, “Page recommendations began to include conspiracy recommendations after only 2 days (it took <1 week to get a QAnon recommendation).”

Haugen mentioned the experiment in her interview with 60 Minutes as well.

Facebook has routinely struggled with QAnon content on the site, oftentimes banning major figures and pages, only for the movement to crop up again and again

On Oct. 6, 2020, Facebook banned QAnon from the platform, though the effort has been less than successful.