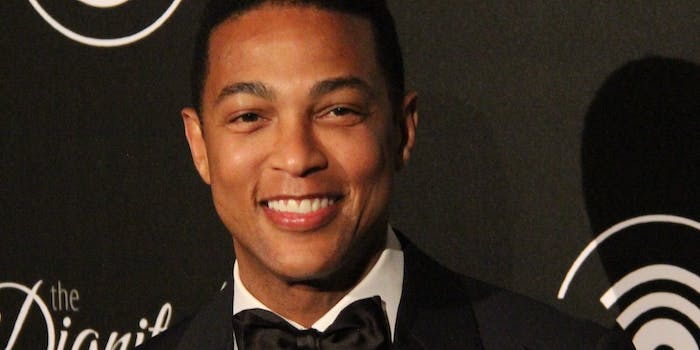 CNN host drags Trump for being obsessed with Obama

'What is it about him? That he's a black man that's accomplished?'

In a viral clip from Sunday night’s show, Lemon asks Trump a series of questions as to why Obama “gets under your skin.”

“Is it because he’s smarter than you? Better educated?…What is it about him? That he’s a black man that’s accomplished?…Just wondering,” Lemon said on live TV.

The CNN host questioned Trump after he, yet again, shared a conspiracy theory about former president Obama. The president retweeted a story early Sunday morning that claimed Obama was behind the Russia investigation.

Lemon said Trump’s retweet was an attempt to distract people from the president’s mishandling of the coronavirus. A clip of Lemon’s questioning has been shared widely on Twitter.

Lemon’s name continued to trend on Twitter into Monday morning as people both criticized and commended the comments.

“Now that’s how you call out racism,” Twitter user @GrassrootsSpeak wrote. “I’m sure Don Lemon’s getting under Trump’s orange skin.”

Some conservatives were upset about Lemon’s comments, saying he is pandering to white liberals.

But others pointed out that the CNN host appeared unbothered by the controversy.

The beef between Trump and Lemon goes way back but seems to have heated up in the last couple of months. In January, Trump tweeted that Lemon was the “dumbest man on television.” Then in April, Trump tweeted again about Lemon as the U.S. coronavirus death toll passed 60,000.