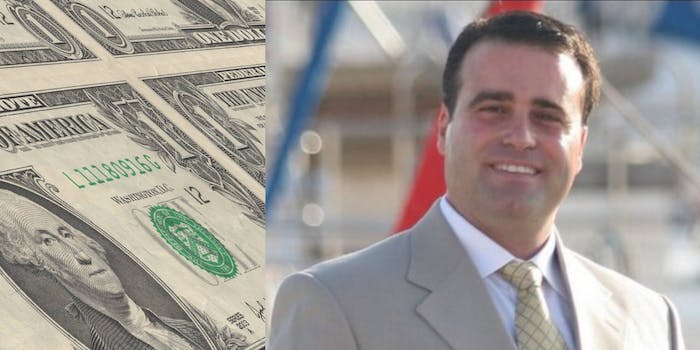 One tweet to Trump about ventilators got this man $69 million

After an electrical engineer in Silicon Valley with a minuscule Twitter following responded to calls for manufacturers to begin making ventilators, he was wired $69 million from the New York state government.

No ventilators ever arrived.

Yaron Oren-Pines, a mobile phone technology specialist with 75 Twitter followers at the time, got a $69.1 million contract with New York for 1,450 ventilators at $47,656 a pop, according to BuzzFeed News. This is almost three times the typical retail value. Oren-Pines has since gone private online.

Without any ventilators to show, the contract was terminated. Newsweek reports that the state is still working on recovering the money sent to Oren-Pines, who received it March 30. Oren-Pines has declined comment to multiple news organizations.

The White House Coronavirus Task Force suggested Oren-Pines as a possible manufacturer to New York, according to Newsweek.

However, the White House Task Force denies this knowledge.

The payment to Oren-Pines is the largest payout from the New York Governor Andrew Cuomo (D), highlighting the desperation to try and secure enough ventilators to keep the health system from being overwhelmed. Cuomo’s Senior Adviser Richard Azzopardi has said states were left with little choice but to “fend for themselves.”

Several other companies were sent money by the New York state government with the goal of procuring ventilators, including apparel brands and a company that manufactures “wrinkle removal cream.” The state government wrote 77 checks, totaling $735 million, to unvetted entities who claimed to be able to supply ventilators.