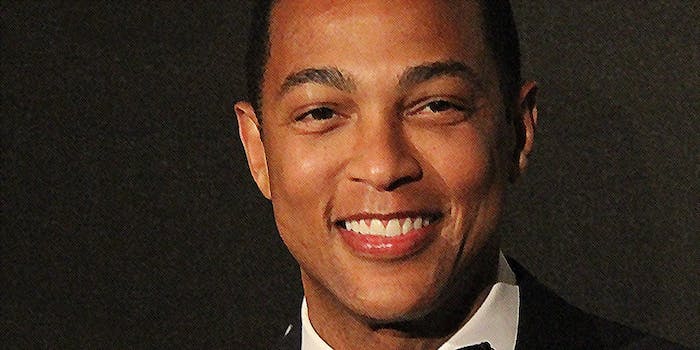 But does he have a point?

This article contains video that may be upsetting for some readers.

CNN anchor Don Lemon’s comments have gotten him into serious heat and backlash once again. Could it cost him his job?

A petition on Change.org is calling for CNN to remove him from his job after his latest controversial comments about a police officer’s treatment of a South Carolina high school student, video of which sparked a national debate.

She Rightfully Goes Off on Don Lemon for Trying to Justify Cop Brutalizing a Teenage Girl https://t.co/VZjDxfyFLq pic.twitter.com/jJ26MgjhNt

Lemon told host Wolf Blitzer and Hostin that he believes in not jumping to any conclusions and wanted more information about what happened and what caused Fields to use excessive force on the teenage black girl.

“There’s no excuse for what he’s doing to her,” Lemon said on CNN Tonight, “But again, we don’t know…. this only shows a small slice of time, and I’d like to know more before passing judgment.”

“Are you guys kidding me?” Hostin asked in response.

“We don’t need to know more!” said Hostin in disagreement with Lemon. “The law provides that the standard here is whether the officer used reasonable force, whether it’s necessary.”

“We don’t know what happened. You weren’t sitting in the room, Sunny,” Lemon said. “You don’t know if she wasn’t standing up. You do need to know more, and as a prosecutor, you should want to know more.”

Lemon received plenty of backlash for his comments. Thus far, the petition has garnered more than 19,000 signatures out of a 25,000-signature goal, as of early Wednesday afternoon. The petition reads:

Since the tragic incident of Trayvon Martin, Mr. Don Lemon has consistently antagonized and defamed the characteristics of the African-American race on the national scale in mass communications. From the holding of the ‘N’ word sign before the national audience, to his most recent comments of the unfortunate incident where a student was removed from their chair like a rag-doll by an officer, Mr. Lemon has avoided the obvious to blatantly state that an attack on the African-American race is real and that real solutions need to take place.

We, the people want a journalist and an anchor that will not be afraid to accept the facts that are occurring within the African-American community and who will encourage our people the same way that person will encourage others across the board. We, the people, have no confidence in Mr. Lemon’s ability to do that, therefore we are asking CNN to remove him from his position.

Lemon defended his comments. He said journalists are supposed to gather all possible information, according to Mediaite.

“We are a news network, which provides context and information and knowledge to our viewers. Knowledge is power. The more information you have, the better it is,” Lemon said.

The Federal Bureau of Investigation, the Department of Justice Civil Rights Division, and state law enforcement launched investigations on Tuesday.

Deputy Fields has been fired from his position.

Photo via Cirt/Wikipedia (CC BY SA 2.0) | Remix by Jason Reed