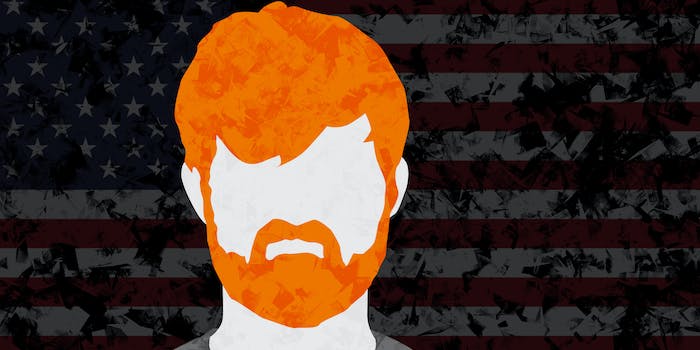 It’s unclear exactly how much influence Johnson is asserting, but according to Forbes, multiple sources close to the incoming administration have anonymously confirmed his input.

In an article published on Monday, Forbes reported that Johnson has been working alongside Peter Thiel, the billionaire Trump transition advisor who bankrolled Hulk Hogan’s privacy and defamation lawsuit against Gawker, to suggest a range of possible appointments.

In a response to Forbes, Johnson claimed that he only had a “passing familiarity” with Thiel, who is also a member of Facebook’s board and a co-founder of PayPal, and had “no formal role” in Trump’s selection proceedings.

In late December, however, appearing on libertarian Stefan Molyneux’s five-hour livestream, Johnson claimed that he was involved in at least an informal capacity. During the course of conversation with Molyneux, Johnson boasted that he was “doing a lot of the vetting” for the Trump transition team. What may have initially appeared as baseless nonsense then now seems to have some credibility.

Johnson is a controversial personality, a self-styled “radical” independent journalist who has publicly aligned himself with the alt-right, a collective movement of right-wing extremism and white supremacy. The 28-year-old runs a blog called GotNews.com, where he publishes antagonistically sensationalist articles against Black Lives Matter, has doxed rape victims, and criticizes the “lying mainstream media.”

Johnson has been banned from Facebook multiple times for hate speech and was banned from Twitter in 2015 after calling on his followers to support “taking out” a Black Lives Matter activist:

So, I woke up to this. Hate is organized in America. & yes, I take this as a serious threat. pic.twitter.com/V0zThcJJs6

Still, he is far from a fringe figure. As well as writing for publications such as the Los Angeles Times, the Wall Street Journal and the New York Post, Johnson has received some mainstream conservative popularity throughout his career under Steve Bannon of Breitbart.com. Bannon was Trump’s chief campaign strategist and will be a senior counselor to the incoming president.

If the alleged close link between Johnson and the Trump transition team is to be believed, then it appears that leaning on the long-term approval and support of the country’s most extreme white nationalists remains an objective of the administration. It also raises serious questions as the Senate begins cabinet confirmation hearings this week.