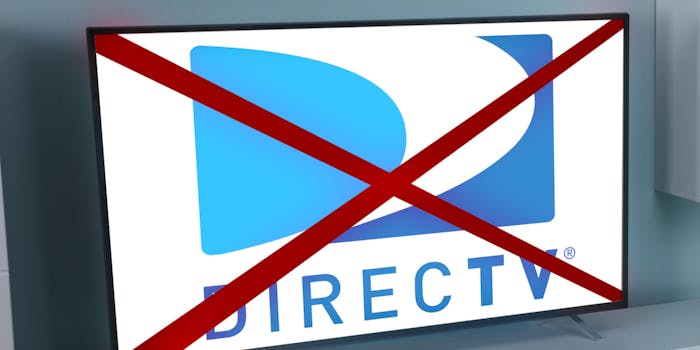 ‘They’ve chosen their side’: Conservatives call for a boycott of DirecTV over dropping OAN

Far-right figures and outlets are outraged.

Conservatives are calling for a boycott of DirecTV because it isn’t renewing its contract with One America News Network (OAN).

On Friday, DirecTV announced that it will stop carrying OAN. A DirecTV spokesperson told NPR that the decision was made “following a routine internal review” that involved a variety of factors.

The decision affects OAN and luxury lifestyle channel A Wealth of Entertainment, both of which are owned by Herring Networks.

The cancellation is seen as a crippling blow to the far-right network. An OAN accountant testified in 2020 that 90% of its revenue came from its contract with DirecTV.

Verizon Fios is the the only other major carrier that offers OAN. Already some are calling for it to drop the network.

But, DirecTV has been under pressure to drop OAN for some time.

The network has been repeatedly accused of spreading conspiracy theories and disinformation. It’s currently being sued by Dominion Voting Systems for defamation. Two Georgia election workers are also suing the network, along with Rudy Giuliani and the Gateway Pundit.

Many celebrated the news that OAN will no longer be available for the millions of DirecTV subscribers. Rep. Ted Lieu (D-Calif.) opined on Twitter that the move represents “the free market in action.”

The Gateway Pundit falsely claimed that the cancellation came after “orders” from President Joe Biden for social media companies and tech companies to “banish” dissent.

Biden actually made the remarks in regards to coronavirus misinformation, saying: “I make a special appeal to social media companies and media outlets—please deal with the misinformation and disinformation that’s on your shows. It has to stop.”

Others have called for boycotts of DirecTV and/or AT&T.

At his rally this weekend, former President Donald Trump suggested a boycott of AT&T.

His supporters swiftly amplified the message.

A source told Bloomberg that OAN’s contract with DirecTV expires in April.