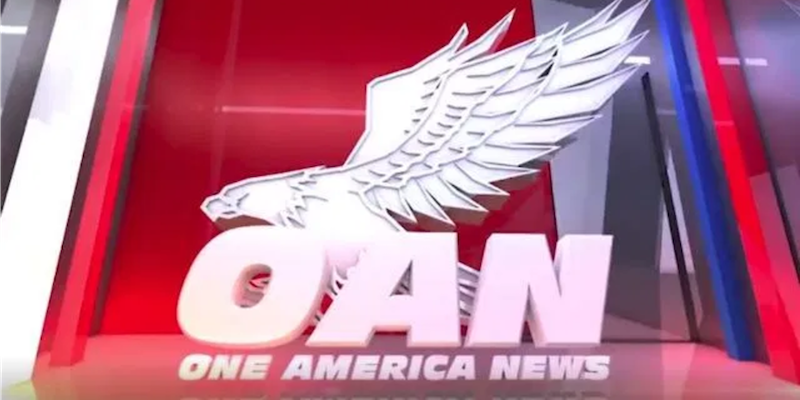 Pro-Trump outlet OAN is deleting all its articles about Dominion

The far-right outlet has not publicly commented on the sudden purge.

While OAN has not issued any formal retractions, the outlet began purging its site of Dominion-related content earlier this month after the company filed suit against numerous figures who falsely accused it of rigging the 2020 presidential election.

As first reported by Business Insider, OAN has removed not only articles related to Dominion but to Smartmatic as well, a separate election company that was also falsely accused of engaging in illegal activity.

Content relating to attorney Sidney Powell, who was hit with a staggering $1.3 billion lawsuit for her role in spreading many of the false claims, has likewise been removed.

Stories concerning other prominent conspiracy theorists who attempted to overturn the election on behalf of former President Donald Trump, including attorneys Lin Wood and Rudy Giuliani, are also missing from OAN’s site.

A spokesperson for Dominion told Business Insider that OAN has “not been in contact with us about any articles they have removed.”

Despite OAN’s attempts to quietly erase its potentially libelous past, Erik Connolly, an attorney for Smartmatic, stated that the outlet’s actions will have little effect if any company chooses to take them to court.

“Any removal of the articles by OAN at this late date has no impact on whether Smartmatic can or will pursue litigation,” Connolly said.

Dominion hasn’t ruled out filing suit against Trump either, who similarly amplified conspiracy theories that alleged voting machines were programmed to steal votes.

Conspiracy theories spread by Trump, his allies, and far-right media outlets spurred countless death threats against election officials and ultimately led to the ransacking of the Capitol earlier this month.