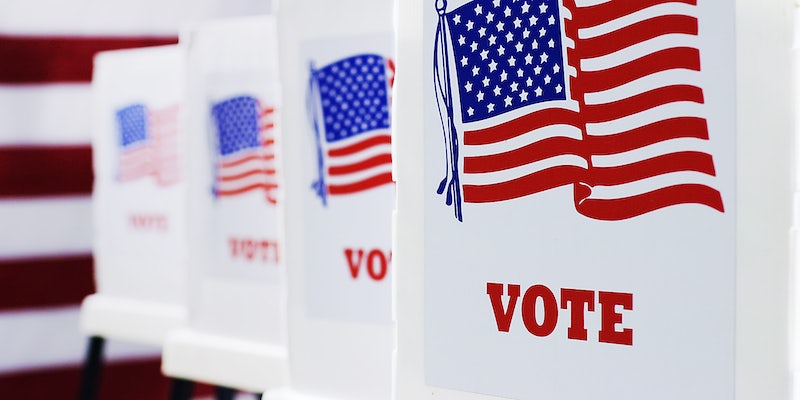 Workers allege the outlet conducted a 'campaign of lies.'

The Gateway Pundit is being sued by two Georgia election workers over its lies about election fraud.

NBC News first reported that Ruby Freeman and her daughter Shaye Moss allege that the far-right outlet conducted “a campaign of lies” that “instigated a deluge of intimidation, harassment, and threats that has forced them to change their phone numbers, delete their online accounts, and fear for their physical safety.”

The lawsuit says that they were harassed and defamed due to the Gateway Pundit’s false claims about them. The outlet operated by twin brothers Jim and Joe Hoft baselessly reported that Freeman was “counting illegal ballots from a suitcase stashed under a table.” These claims were repeated by former President Donald Trump, who is not named in the suit.

Neither the Hofts nor the Gateway Pundit has yet commented on the suit.

Georgia’s secretary of state and Bureau of Investigation quickly dismissed the allegations against Freeman and Moss. Yet they continued to be echoed in right-wing circles and by the Gateway Pundit throughout the spring and summer.

In the suit, Freeman alleges that people twice attempted to conduct citizen’s arrests on her in her home and she was forced to close her business and flee her home. Freeman and Moss also say they received death threats and were subjected to other abuse.

“People have said the most vile and violent and racist things about me and my family—on the phone, on my social media accounts, on email, and in person. Things you wouldn’t believe,” Freeman, who is Black, reportedly said in a statement.

The suit is the first known case by an election worker against those who perpetuated false claims of fraud in the 2020 election.

Many on social media celebrated. “This is huge. Can’t wait to support the case,” tweeted @AttorneyNora.

The two are seeking punitive and compensatory damages, retractions, and statements acknowledging that the Gateway Pundit’s claims were false.