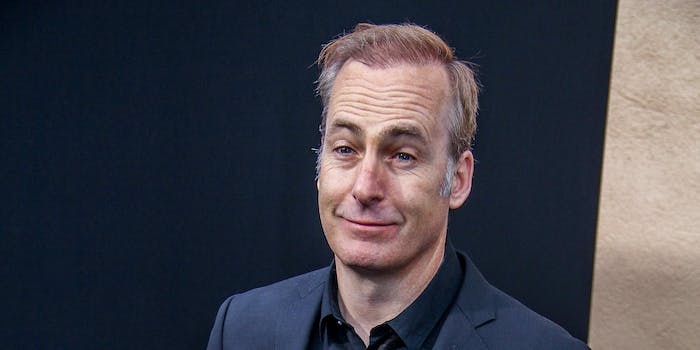 Actor Bob Odenkirk collapsed on the set of Better Call Saul on Tuesday, and conspiracy theorists now believe that the 58-year-old actor’s health emergency was caused by the COVID-19 vaccine.

The lead actor in the hit series reportedly suffered a heart-related incident and is now stable and recovering.

Side effects of the COVID-19 vaccine include cold or flu-like symptoms and soreness and mild swelling at the injection site, per the Centers for Disease Control and Prevention. Allergic reactions may occur in rare cases.

There is a small risk of blood clots associated with the single-dose Johnson & Johnson vaccine. The American Society of Hematology describes the incidence of blood clots as “extremely rare” and says the risk abates 42 days after receiving the vaccine.

Odenkirk publicly received the vaccine four months ago. In March, Odenkirk and other Better Call Saul cast members publicly took the vaccine. It’s not known which version he received.

In the months since the vaccines were rolled out, conspiracy theorists have attributed numerous side effects to them. In addition to the baseless belief that vaccines alter DNA, conspiracists have claimed they cause infertility, autism, people to become magnetic, contain a tracking device, and even that they infect you with COVID-19. All of this has been thoroughly debunked.

Now, apparently, whatever happened to Odenkirk can be added to the list.

The claim that his collapse was caused by the vaccine appears to have originated in a post by Big League Politics, a far right publication.

In an article in which it referred to Odenkirk as a “shill” for vaccines, Big League Politics confuses correlation with causation and uses the misleading headline, “Better Call Saul Star Bob Odenkirk collapses on set after receiving experimental COVID-19 vaccine.”

The article then blasts Odenkirk for doing a public service announcement supporting the vaccines and for some reason mentions the liability immunity the government granted vaccine companies.

It concludes, “His COVID-19 vaccine shilling may not be as effective now that he has suffered these complications.”

At least one other far-right site has reposted Big League Politics’ article.

While some spread the baseless theory, others pushed back.

Nearly all the comments on Big League Politics’ tweeted link to its article from Wednesday afternoon either called “bullshit” or said they were reporting them for spreading disinformation.