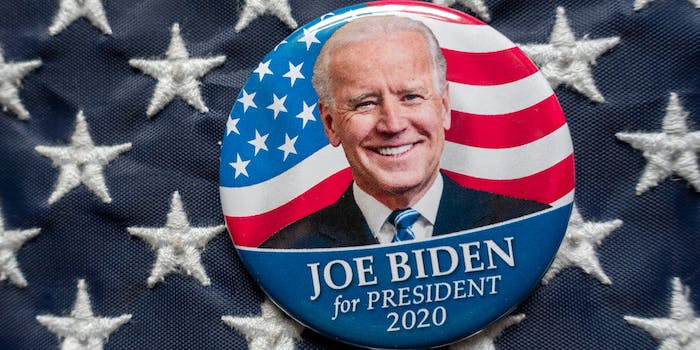 He probably should have quit while he was ahead.

To some it was an inspired choice, the first Black woman to join a national ticket, as well as someone who has long pushed liberal values. Others found it lacking, citing her role as a top prosecutor in California and lack of true progressive credentials.

To yet others, it was utterly irrelevant, because the only thing that matters in 2020 is defeating President Donald Trump. If Biden picked Amy Sen. Klobuchar (D-Minn.), or Susan Rice, or the sexy green M&M, it would have been alright with these folks. Any person who helped Biden beat Trump was an acceptable choice.

Enter writer Eric Snider, who had this to say.

“Oh, is Kamala Harris a cop? Gee, that’s too bad, I hope it doesn’t alter the time-space continuum to somehow make Joe Biden worse than Trump, that seems like a real possibility now, my stars,” Snider wrote.

Is her history of aggressive marijuana prosecutions something that outweighs the damage Trump has overseen in the Oval Office, what with nearly 164,000 dead from coronavirus as of Wednesday morning, and an economy in shambles?

Probably not, and also probably best to end that sentiment right there. Snider didn’t.

“I don’t like the choice either. It doesn’t matter. She could literally be Hitler and the Biden/Hitler combo would still be a better choice than Trump,” Snider added.

Would Biden-Hitler be better than Trump? The internet did not seem to think so and many dragged Snider.

While any prominent Democrat would have been a safe choice for Biden, picking the person responsible for one of the greatest mass slaughters in human history would have to make you question Biden’s judgment. First praising segregationists and now this?

Snider saved his bad tweet by noting that Hitler was dead, so he couldn’t vote for a Biden-Hitler ticket even if “would love” to. Which, appears to be earnest, given his number of past Hitler tweets.