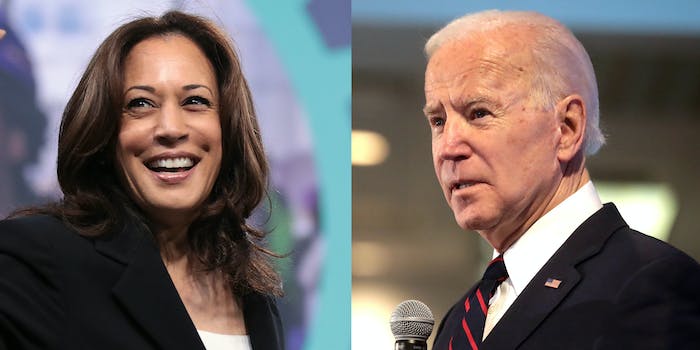 Former Vice President Joe Biden has announced that Sen. Kamala Harris (D-Calif.) will be his running mate in the upcoming election.

“I have the great honor to announce that I’ve picked @KamalaHarris — a fearless fighter for the little guy, and one of the country’s finest public servants — as my running mate,” Biden tweeted.

The news leaked moments before his announcement on Twitter.

Harris, who competed against Biden for the Democratic party’s presidential nomination, has long been rumored to be at the top of Biden’s shortlist.

An official appearance is expected tomorrow in Delaware. In statement, Biden highlighted Harris’ work with his late son, Beau.

Biden had repeatedly said he would choose a woman as his vice presidential candidate.

Harris is the first African-American woman to be part of a major party’s presidential ticket.

Speculation about Harris being chosen reached a breaking point last month when Politico mistakenly updated an article about vice-presidential choices to say that Biden had picked the California senator.

Harris and Biden sparred on the 2020 campaign trail, however it appears the two have reconciled. Earlier, Biden was spotted with notes that included talking points about Harris that included “do not hold grudges” and “great help to campaign.”

This story is updating.