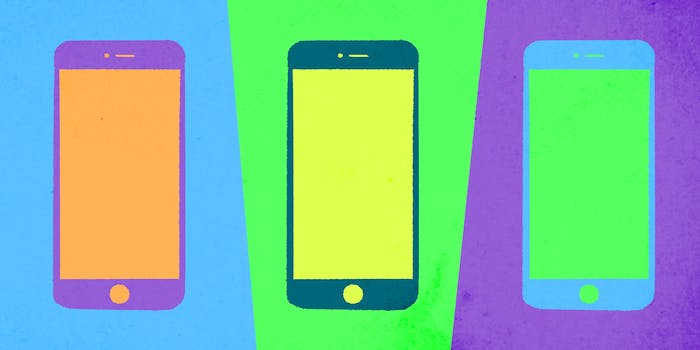 What is the best iPhone? The definitive ranking

Take off your rose-colored glasses.

On June 29, 2007, Apple launched a device that changed the way we thought about our phones. In the years that followed, the iPhone became the most iconic personal device on the planet, spawning countless imitators and creating an entire industry around its content distribution models. In short, even if you own a smartphone from a competitor, the iPhone is the reason it exists in the first place.

That being said, Apple has launched a total of nine different generations of the device so far, and some of them are clearly better than others. Here is the iPhone ranking to end all iPhone rankings, from an idiot who has owned every single one of them.

What is the best iPhone? 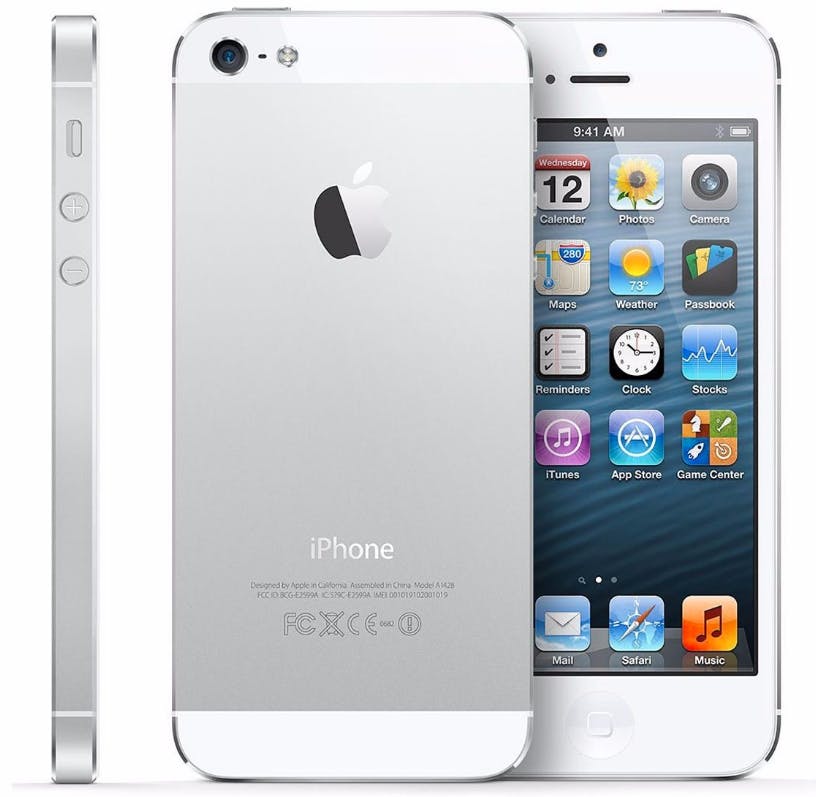 I know this one stings a little, but the iPhone 5 was kind of a joke. After years of standing by the “nobody wants a bigger phone” line, Apple finally relented and gave us another half inch of screen real estate. Wow, thanks a bunch, guys!

The move from a 3.5-inch display to a 4-inch display was awesome for about 15 minutes, and then it was too small again. It was like asking for a pair of JNCO jeans from your parents but getting Lee Pipes instead.

What a disgrace. Do you have any idea how many times I had to lie to my friends and say, “This is the perfect size, really”? I’m actually getting sick just thinking about it. Oh, and it was the first iPhone that used Lightning Connectors, so have fun throwing out the 400 30-pin charging cables you already own. —Mike Wehner 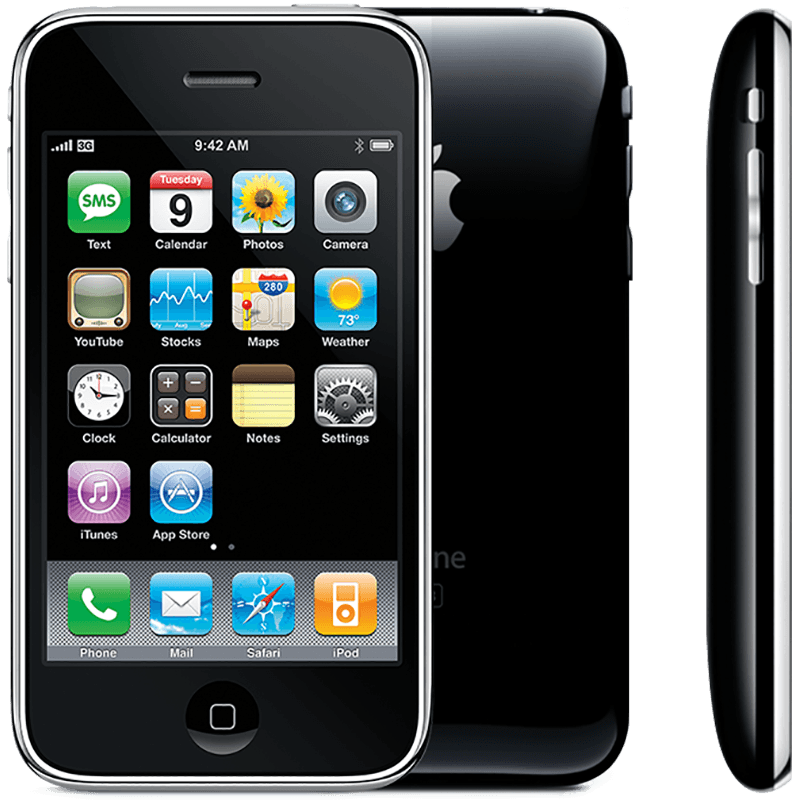 These were the days before Apple had gotten its upgrade cycle rhythm figured out, and it showed. The sexy aluminum of the original iPhone was replaced with a single piece of crappy black plastic that would scratch if you so much as sneezed on it.

The display was getting old, the battery couldn’t hold a charge to save its life, and the camera still sucked. Its only saving grace was that it launched for a much more reasonable price than the first iPhone. I dropped this phone on a wet floor once and it slid away from me like a bar of soap. I hate it. —M.W. 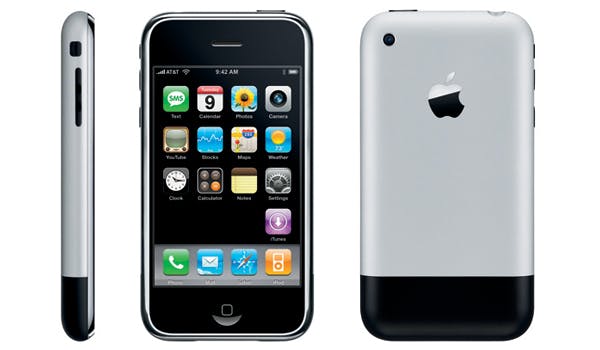 This one started it all, but even back in 2007, it was kind of difficult to like. You might not remember this, but this first iPhone actually cost $17,000—or at least that’s what it seemed like. In classic knee-jerk fashion, Apple scrambled to drop the price down to $399, which was $200 cheaper than the actual launch price. Then, when all the early adopters (rightfully) went literally insane over getting screwed, Apple handed out store credit.

The base model came with 4GB of storage. You know what you can store on 4GB? Approximately half of an iOS update. Oh, and nobody knows what to call this thing so they just call it the iPhone 2G, even though that makes absolutely no sense. —M.W. 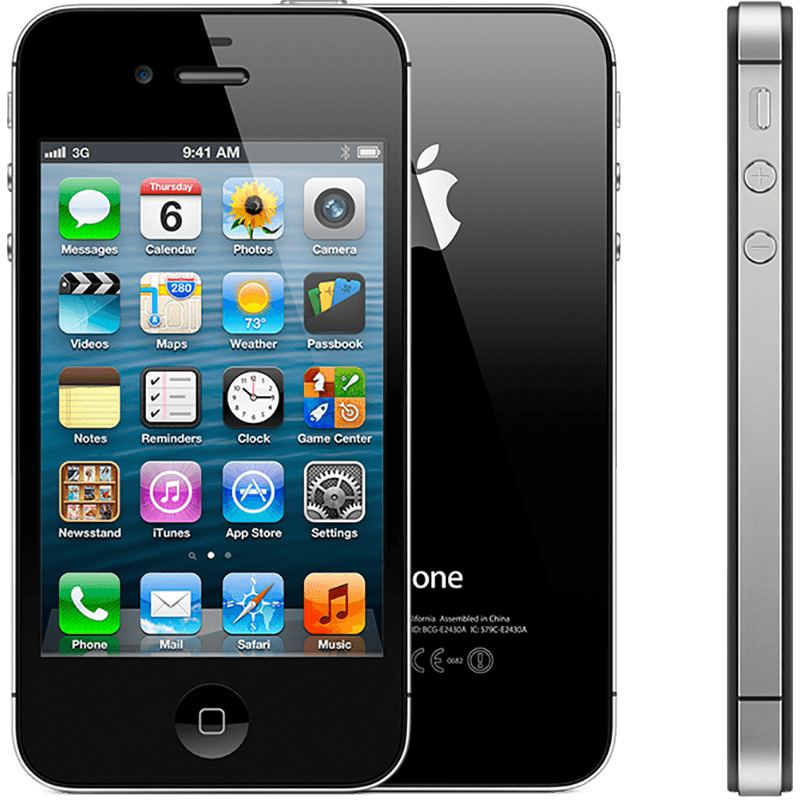 The iPhone 4s was basically Apple saying, “You wanted a larger screen? How about you go die in a cornfield.” There was almost nothing good about the iPhone 4s, besides the fact that it could play a half-dozen decent games that weren’t on Android. It had a decent camera for the time, which is literally the only thing that got it up this high in the rankings.

The other “marquee” feature on this industrial turd was Siri, which was somehow even worse then than it is now. Siri is great if you’re trying to send a passive-aggressive text to your boss while driving and don’t want to smash into a school bus, but that’s pretty much it. Once you’ve reprogrammed her to refer to you as “Mr. Crazy Butt Stuff,” the novelty has fully worn off. —M.W.

No, that’s not another image of the iPhone 7, though we wouldn’t blame you for thinking that. The iPhone 8 is another copy-and-paste job from Apple, except this time it’s just filler to hold everyone over until the iPhone X changes everything.

So what’s new about the iPhone 8 and iPhone 8 Plus aside from the predictable bump in specs and slightly improved version of iOS? Well, the camera is a bit better in low-light, and it now supports fast charging (if you’re OK buying two very expensive accessories). There are also fewer colors to choose from, the 8 is heavier, and the price was raised. Oh, and there’s glass on the back to accommodate wireless charging.

I can just imagine the reaction of every Apple engineer who worked for the company in 2010 when they discovered the iPhone would be going back to glass. Yes, the iPhone 4 was a big leap forward in terms of design, but its glass panel was a $650 disaster waiting to happen. Now it’s 2017 and people have all stopped dropping their phones, right?

Surely, after all these years, Apple figured out a solution for keeping a glass phone safe from cracks and scratches, right? Wait, it did: super strong glass. Nice try. —Phillip Tracy 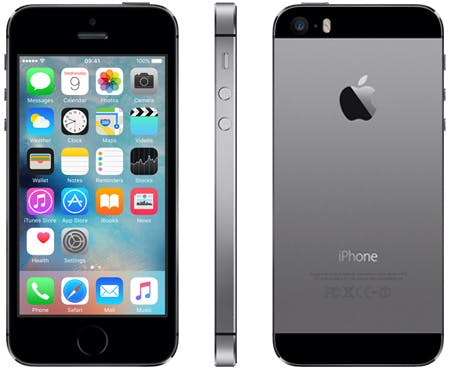 Apple probably knew it made a mistake with the pitiful screen size of the iPhone 5, but since it refused to change its upgrade pattern it was forced to roll out yet another too-small iPhone in the 5s. The 5s wasn’t bad, but unless you’re a goddamn secret agent or a world leader, its key feature—Touch ID—was pointless.

I know you’re sitting there right now thinking, “Wow, you’re wrong! I value my privacy and security!” You know who wants to break into your phone? Nobody. Those videos of your dog farting at Christmas and photos of half-eaten enchiladas you forgot to post to Twitter aren’t exactly worthy of biometric protection. Sorry. —M.W.

We can easily forgive the faults of the 6 Plus for being the first large Apple phone, but the disappointment that is the iPhone 7 and 7 Plus will make you want to take back ever saying you’ll “wait ‘til things are ironed out in the second generation.” Practically identical to the 6, the 7 and 7 Plus only helped Apple catch up to its Android competitors by adding some water resistance and increased storage options. Sure, the camera is improved, but it took Google about a month to best it with the first phone it ever created.

Do you like music? Too bad. In a move that pissed everyone off, Apple mustered all of its “courage” and removed the headphone jack from its flagship device and released $160 electric toothbrush heads packed in a floss box. It’s OK because Apple is a trendsetter, right? Not exactly. Its closest Android rivals in Samsung and LG not only kept the headphone jack but made devices so compact it makes you wonder how much room it took up in the first place. —P.T. 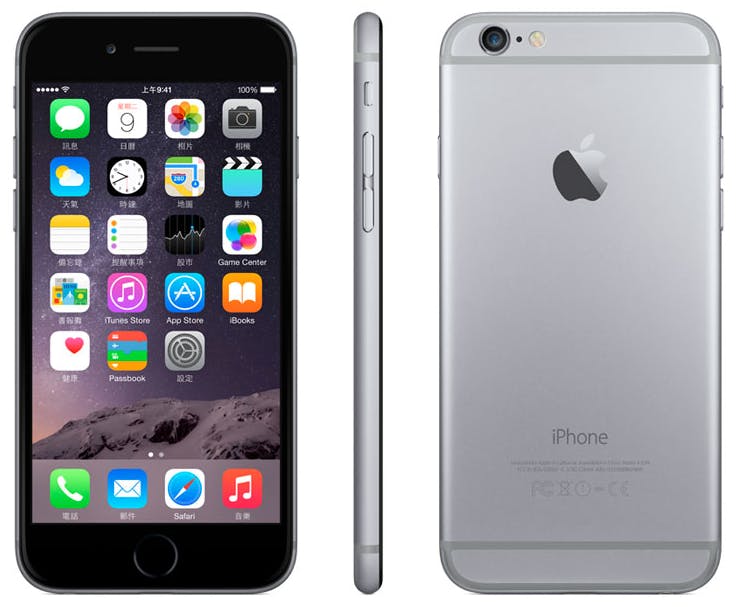 After waiting so long for a big iPhone, we finally got two new sizes, and shockingly they didn’t totally suck. The iPhone 6 and 6 Plus were actually pretty solid all-around smartphones, as long as you didn’t sit on them. The biggest mark against them is that no matter what size you bought, you were always secretly wondering whether you should have bought the other size instead. 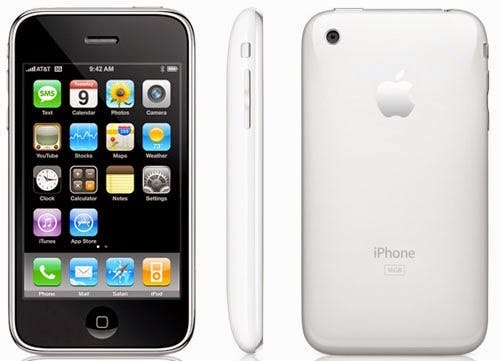 How the hell did this one get ranked so high, you ask? A little thing called the App Store. The 3GS was really the first iPhone that made the App Store a place to be. The phone was a good deal more powerful than the 3G, and it could run some impressive games for the time, which caused a massive App Store boom. With the 2G and 3G, the iPhone felt like a decent smartphone, but the 3GS felt like a whole different kind of device, despite looking pretty much identical to its predecessor. That crappy plastic stuck around, but I was too busy playing with apps to really notice. —M.W.

The third big design change since the original, the iPhone X is unlike any Apple phone that came before it. Just look at it: no home button, no bezels, no Touch ID. Gone are all the iconic (and dated) design elements that made iPhones immediately recognizable. In their place: a gorgeous OLED edge-to-edge display, chrome stainless steel frame, and a bunch of sensors used for a new authentication method. On top of that, the dual-lens cameras are killer, battery life is somehow improved from the iPhone 8, and you can make digital animals sing karaoke.

So why wouldn’t it take the top spot? Well, the iPhone X takes a step back before taking two steps forward. Because there’s no home button, you’re required to learn new gestures, some of which aren’t very intuitive. Also, Face ID, while accurate and (mostly) secure, isn’t as fast or convenient as Touch ID. Then there’s the notch, that distracting cutout at the top of the display that could easily have been avoided.

You’ll also need to spend another $40 or so on top of its retail price to protect the iPhone X. Speaking of emptying your bank account, the X costs $1,000. That’s as much as a week-long vacation in the Caribbean, 100 months of Netflix binging, or 235 Pumpkin Spice Lattes from Starbucks. —P.T. 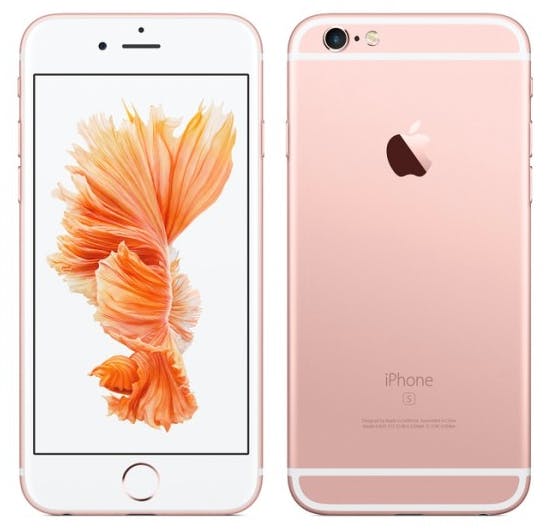 With the 6s and 6s Plus, Apple gave you another chance to pick the right size, and despite the fact that you probably messed it up again, it’s still one of the best iPhone generations yet. The 6s refined so many features that had been added in the past that it’s kind of crazy. Slow-mo video got better, Touch ID got faster, Siri got somewhat usable, and the camera became world-class. Easily the best “S” year iPhone ever, and if you don’t agree you’re wrong. —M.W. 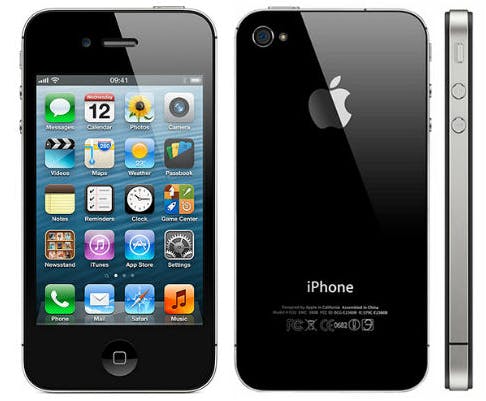 If you don’t think the iPhone 4 is the best iPhone of all time, I don’t know if we can even be friends anymore. Are you serious right now? Coming from the already great 3GS, the iPhone 4 was such a colossal step up that it’s amazing Apple didn’t retire the iPhone line after hitting such a massive home run.

The all-new design was amazing. It was thin, incredibly sturdy, and it looked fantastic. It was like a flat brick made out of aluminum and glass. You could crack a walnut with this thing and it wouldn’t even flinch.

The screen wasn’t any bigger, but it was a whole hell of a lot sharper thanks to a huge bump in resolution. Looking at the iPhone 4’s gorgeous Retina display for the first time was like gazing into the eyes of the [insert whatever deity you want] as they smiled upon you and also winked at the end. To this day it holds the record for being the flagship longer than any other iPhone—Apple changed its upgrade cycle after launching this phone, probably because it was so awesome—and it was still being sold in 2014, which is also a record. You can’t not love this phone.