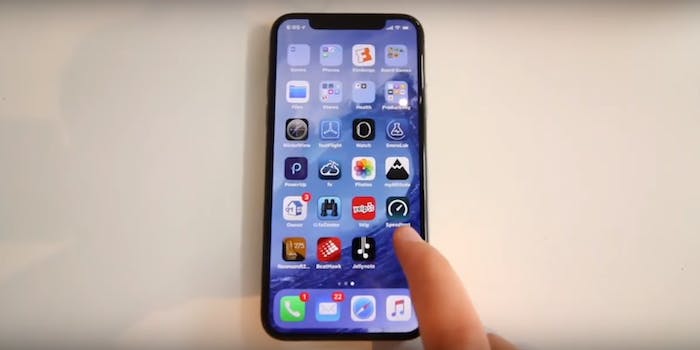 She says her family isn't angry at Apple's decision.

An Apple engineer was reportedly fired after his daughter posted a hands-on video of the iPhone X to YouTube.

Brooke Amelia Peterson published a four-minute vlog last week documenting her trip to the Apple campus with her dad. The video shows the father using Apple Pay at Caffé Macs and handing his iPhone X to his daughter who showcases many of its features on camera. The clip went viral, appearing on the trending page of YouTube and getting reposted by numerous Apple fan sites and forums.

Peterson posted an emotional follow-up video on Saturday explaining that her dad, a “privileged engineer,” was fired because of the video. Peterson agreed to take the video down, but it was too late. She says her dad takes “full responsibility” for letting her film the unreleased device.

“Apple let him go,” Peterson said in the video. “At the end of the day, when you work for Apple, it doesn’t matter how good of a person you are. If you break a rule, they just have no tolerance.”

Peterson said her father doesn’t hold a grudge against Apple and she will still buy Apple products.

We have reached out to Apple for comment and will update this article if we hear back.