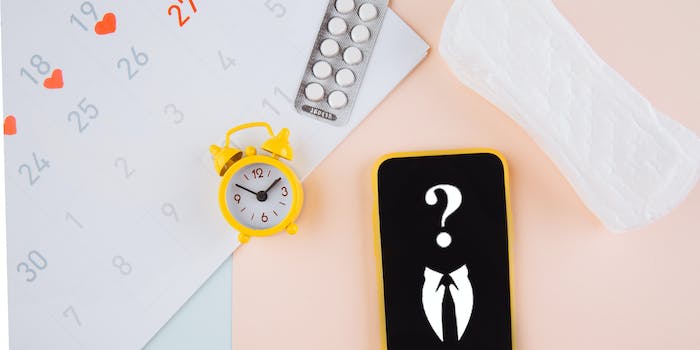 Despite widespread and uncritical coverage of the claim, no evidence has been presented.

A Twitter account claiming affiliation with the Anonymous hacking collective says hackers were able to erase personal user data from period tracking apps in the wake of the Supreme Court’s decision to remove constitutional protections for abortion. But despite widespread and uncritical coverage of the claim, no evidence has been presented.

In a viral tweet on Thursday, the account, known as @YourAnonOne, told its more than 1.4 million followers that a series of unspecified apps had been hacked in order to protect users from potential prosecution in states where abortion is illegal.

“Data from menstrual tracking apps have been hacked and deleted to avoid identifying possible abortion in states where abortion is now banned,” the account claimed.

The tweet was quickly shared nearly 1,500 times and led to several definitive headlines from major tabloids such as the Sun and the Independent.

Users across Twitter were also quick to praise the alleged hackers, casting them as “heroes” for their actions. Others, however, argued that the move was reckless and undoubtedly had a negative effect on those who use such apps.

Yet the account in question did not specify which apps were allegedly hacked, let alone provide any evidence to support the claim.

The Daily Dot reached out to @YourAnonOne to inquire about the hacking allegations but did not receive a reply. No reports were made by any major menstrual tracking apps or their users regarding any issues with account data on Thursday either.

The Daily Dot also reached out to several of the top period tracking apps to ask about the Twitter account’s claims but did not hear back by press time.

Period tracking apps have come under intense scrutiny the last week over concerns regarding data collection practices. Security experts argue that such data could be provided to law enforcement and ultimately be used to prosecute those who receive an abortion.

Earlier this week, the Stardust Period Tracker, the most-downloaded free app of its kind on the Apple App Store, came under scrutiny after its privacy policy stated that the company may hand over data to law enforcement even when not legally required.

After being contacted by VICE reporter Samantha Cole, the company changed its policy to state that it would cooperate with law enforcement when required under the law.

Unless any new information comes to light regarding alleged hacks, it appears at this time that no evidence exists to prove that hackers deleted user data from any period tracking apps.

Update 1:18pm CT, July 5: Flo, one of the most popular period tracking apps, told the Daily Dot it has “not had any indicator of attack or compromise from any entity or group.”