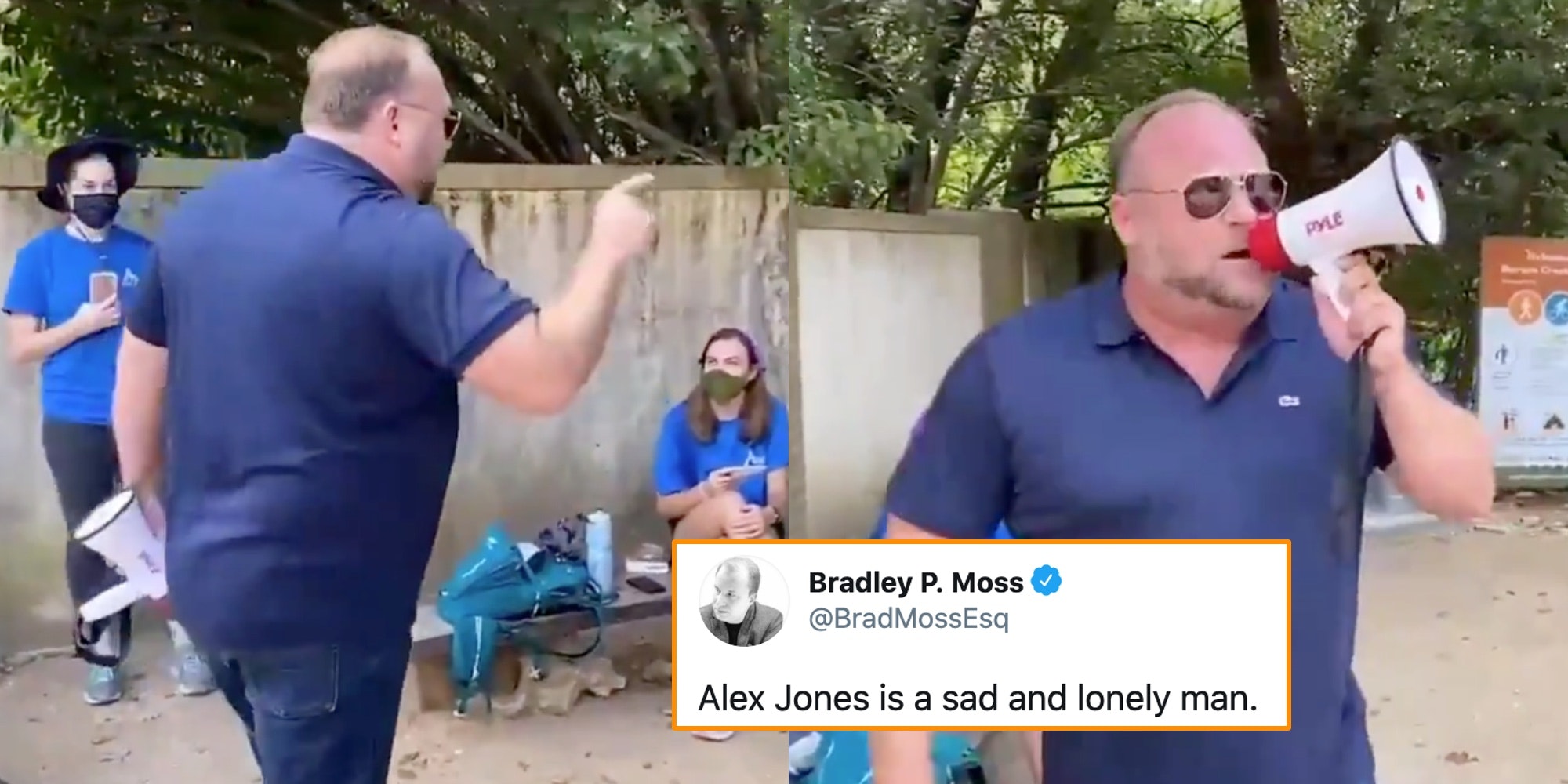 'These teenagers unfazed by Alex Jones having a full blown tantrum are an inspiration.'

Far-right conspiracy theorist Alex Jones is, unfortunately, back in the news after harassing park employees who were trying to enforce a social distancing policy.