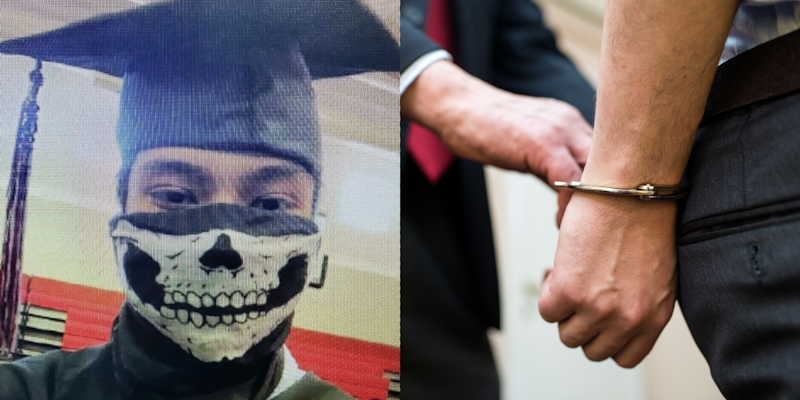 A 19-year-old in Texas with ties to far-right figure Nick Fuentes has been charged by the FBI for planning to carry out an attack against the conservative student group Turning Point USA.

Alejandro Richard Velasquez Gomez, according to a criminal complaint affidavit, made credible threats in a post on Instagram outlining plans to carry out violence against participants of the Turning Point USA Student Action Summit (SAS) in Tampa, Florida, last month.

“July 22 is the day of retribution the day I will have revenge against all of humanity which all of you will pay for my suffering,” the post said.

Known online by the screen names “LatinoZoomer” and “MestizoZoomer,” Velasquez has been tied by the FBI to the extremist “incel” movement. Short for “involuntarily celibate,” incels are a part of an online subculture for men who blame women and society for their perceived inability to gain romantic partners.

The post concluded with the statement that “SAS will be the turning point of the LatinoZoomer lore” alongside a video of Velasquez sitting in his car. The video and wording of the post are eerily similar to those made by Elliot Rodger, an incel who killed six people in California in 2014.

As noted by the San Antonio Express-News, an FBI agent who interviewed Velasquez claimed that “he intended the post to evoke Elliot Rodger and was familiar with Elliot Rodger due to extensive online research.”

Velasquez, who agents say even booked but later canceled a flight from Texas to Florida, has since been charged with making threatening interstate communications and remains in custody. Following his arrest, Velasquez was subsequently charged with possession of child pornography as well after FBI agents reportedly located illegal images on his cell phone.

Turning Point USA has been an enemy of Fuentes and his followers, who refer to themselves online as “Groypers” or the “Gropyer Army,” after the conservative group attempted to ban them from attending their summit last year.

In a statement on the incident, Fuentes denied have any connections to Velasquez.

“For the record, Alejandro Velasquez had nothing to do with me or America First. As far as I’m aware he attended CPAC Dallas last year where I briefly made an appearance,” Funetes wrote on Telegram. “Claims on social media that he was part of our team in any way are completely untrue. Censorship, debanking, and blacklisting didn’t work so now they lie.”