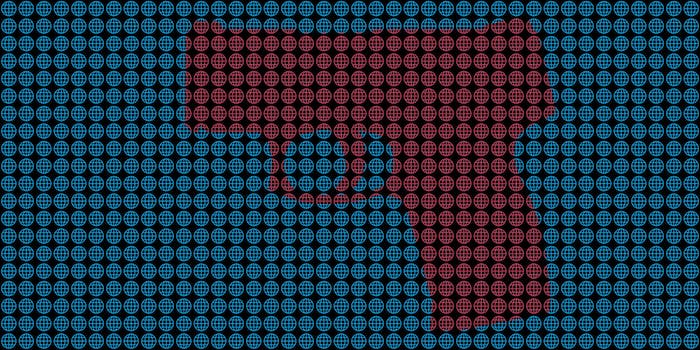 Isla Vista may have been the first Internet massacre.

We want to believe that events like the mass killing in Isla Vista last Friday are isolated events. That they are non-recurring phenomena. That they have nothing to do with us.

And yet, we talk about it incessantly. It captures our attention like little else because we have some sneaking suspicion that actually, we are implicated somehow.

Partly, it’s that the school shooting is an American phenomenon—no other culture has produced these particular tragedies. Partly, it’s that we cannot easily excuse ourselves from the school shooting because whether we like to admit it or not, this is a crime that arises from a nice, middle-class, suburban experience. We have all either shunned the awkward kid or been the shunned awkward kid—or in some cases, like mine, both.

In this particular catastrophe, it’s not just that it’s an American phenomenon and a symptom of a diseased adolescence; it’s that these things were exacerbated by the Internet as well. Isla Vista may have been the first Internet massacre.

When it comes to the “why,” whether at the University of California at Santa Barbara or Columbine, I cannot believe that we have some kind of monopoly on mental illness in the United States or on the Internet. We did not invent rage so extreme and twisted that it could kill indiscriminately.

Nor can I believe that the ostensible reason—in this case bro culture and men’s rights attitudes—is the actual reason. Islam is no more to blame for 9/11 than patriotism for the Oklahoma City bombings or the rights of man for the Reign of Terror. There are always justifications aplenty for those who want to commit violence.

My own personal theory is that there are two primary reasons the United States sees far more of these types of events than any other. For one thing, we can’t deny the impact of the copycat effect. The more things like this happen, the more they seep into the cultural subconscious and take root. The fact that it’s been done before makes it more likely to happen again.

But more importantly, mass shootings are the result of the lack of a key factor that mitigates between rage and ideology—and I do not mean our lack of gun control, since after all, three of Elliot Rodger’s victims were stabbed to death. I am referring to a lack of community.  Both of these factors, in Elliot Rodger’s case, seem to have been exacerbated by the Internet.

As Robert Putnam exhaustively demonstrated in Bowling Alone, Americans emphasize the nuclear family almost to the exclusion of extended networks. We know our neighbors far less than our counterparts in other countries; we are less engaged in community organizations and have fewer personal relationships in the institutions we do engage with, such as school. As we grow beyond infancy and childhood, this extended support network becomes more and more important—and our parents, our nuclear families, less and less so.

Look at Elliot Rodger. His parents did notice that something was wrong. He was in therapy (with several therapists, apparently). They even called the cops on him. But that was not enough.

He tried to find a community of his own online. And I have written before that the virtue of the Internet is that on the Internet, no one is alone. And yet, in Rodger’s case that turned out to be not such a good thing. He bounced from group to group. He engaged with other virgins in World of Warcraft but left as it went more mainstream. He found pick-up artist (PUA) communities but left them for PUAHate when he didn’t score. The pattern exposes a fundamental feature of Internet communities, which in this case was a tragic weakness.

A traditional IRL community is tough to leave, and you don’t get to choose it. Rodger could easily disappear from a massively multiplayer online game or from a subreddit and no one would notice. In a strong community, if you suddenly don’t show up at school or never leave your apartment, someone notices.

I think we’ve all felt angry and isolated at one time or another in our lives. I know I have. While I never contemplated anything like what Rodger did, what got me through those times was the one or two people, out of all the people around me, who reacted to me a little differently than everyone else—the one or two people who seemed to be on my side even if they did not approve of everything I did. It took a pretty big, pretty strong community that was not of my choosing to find those certain people  who would show me a different way of being rather than amplifying my worst impulses.

The ability to find communities online filled with people who embrace you in all of your strangeness has been a saving grace for many. But in Rodger’s case, he found the online equivalent of madrasas, groups that gave him a validation of and language for his rage.

I have argued before that the Internet is a medium of connection, rather than isolation. But the case of Elliot Rodger forces us to admit, perhaps, that connection is not necessarily benign. The Internet has the power to connect us in ways that can both mitigate and amplify the most deplorable aspects of human nature.

That is the seedy underbelly of the Internet that I live in. The back alley that I would prefer not to have to acknowledge.

I don’t want that sad truth to be the final word on the matter though. I don’t want to believe that the Internet is a cycle driving us all ever deeper into two camps, one of anger, hate, and tribalism and another of acceptance, compassion, and humanism. Maybe I’m grasping at straws, but I think if there is a saving grace to the Internet, it is that the most insightful, powerful thing I have read about these crushing events was a post shared with me (and many others) by a third party. It was written on Tumblr by someone I have never heard of, Chris Gethard, a self-proclaimed “unsuccessful comedian,” and it is a brave and insightful essay about this event. If you read nothing else about it all, I suggest you read this.

The thing is, Gethard didn’t need anyone’s permission to write it,  and I didn’t need to have ever heard of him to read and re-read his words and have them remind me what acceptance and compassion are all about. And I have to believe, while the Internet facilitates both Elliot Rodger’s message and Chris Gethard’s, that a message of compassion is more powerful than any message of hate. The Internet may amplify both good and evil. But if you believe that good is stronger than evil, then you must also choose to believe that the ride of the Internet is ultimately taking us somewhere we want to be.